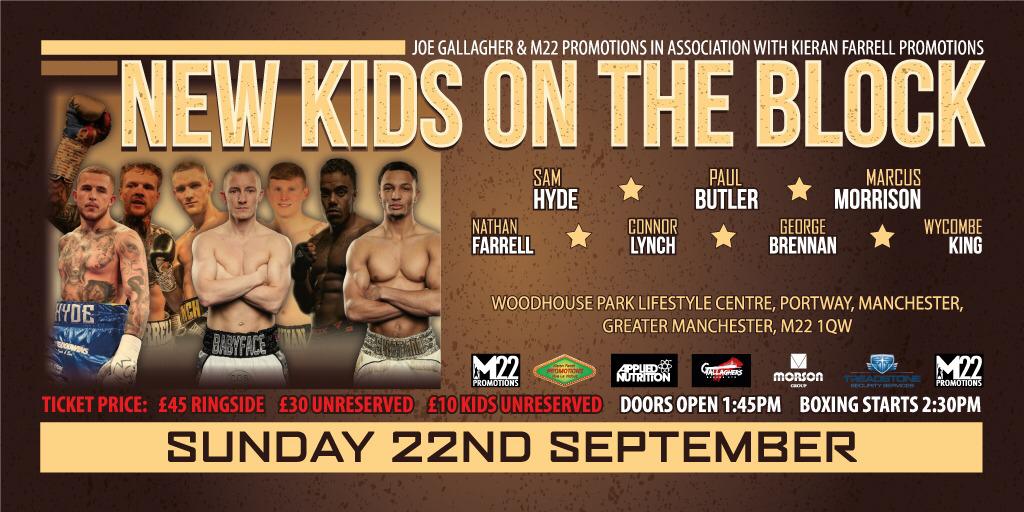 This second show is packed with a former World Champion and exciting emerging talent.

Tickets are still available for the ‘New Kids On The Block’ show which will take place on Sunday afternoon, 22nd September at the Woodhouse Park Lifestyle Centre, Manchester.