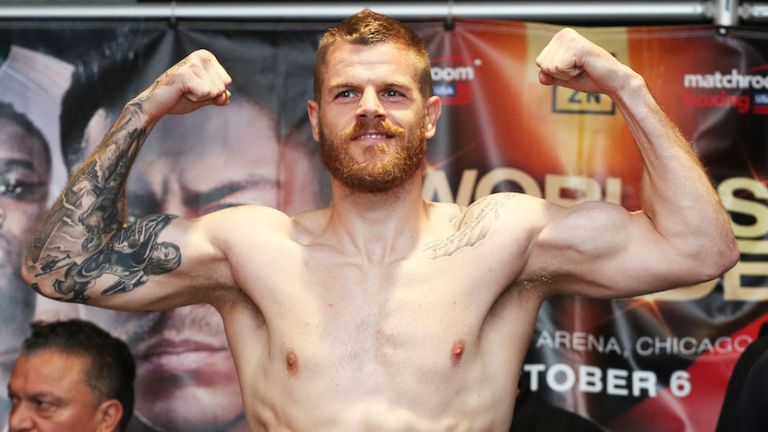 Callum Johnson has already been offered a swift return to America after his courageous defeat to IBF champion Artur Beterbiev.

The British light-heavyweight climbed off the canvas to floor Beterbiev, before suffering a fourth-round stoppage loss in Chicago last weekend.

Johnson has now revealed how this creditable performance has boosted his confidence and profile, with promoter Eddie Hearn keen to offer him another opportunity to fight in the States.

Talking about his latest fight. Callum explained: “Beforehand, I maybe doubted myself a little bit. I’ll never doubt myself again,”

“I know I can compete at that level with the very best. He’s an elite-level fighter. I take so much from that. Next time, I’ll be a different animal.

“I think he [Hearn] wants me to go for it and stay at that level, and not worry about the domestic scene, but we’ll see what happens. I’ve got my British title, so I’ve got that option there to defend that, if anybody wants to step up.

“But I would like to get out in December if I could, and defend the British, or whatever. I would love to fight for the European and win that belt, to add it to the collection.

“Eddie was mentioning February time, back out in America. DAZN, the TV network really loved me, and they want me back out there. Maybe like a top 10 fighter, or a fringe world level fighter in America.

“Before I went out, I said I would shock the world, and I think I have, even in defeat. I think good things are only going to happen. I’m excited about the future.”

Beterbiev hit the floor for only the second time in his unbeaten career, and Johnson admits he should have seized his opportunity to end the fight with a knockout.

He said: “I do kick myself a little bit for not putting it on him in that second round when I dropped him, because he was hurt, and I do think I had the chance there to maybe finish the job off. But I never took that chance.

“I just think I was a bit shocked, froze a little bit. Saw the moment, saw the dream, it was there in touching distance, and I sort of froze maybe. I don’t really know.

“You don’t get a practice run, so I never took that opportunity. I felt like also the nerves maybe got the better of me a little bit through the occasion and everything else, made my performance just not quite as good as it maybe could have been.