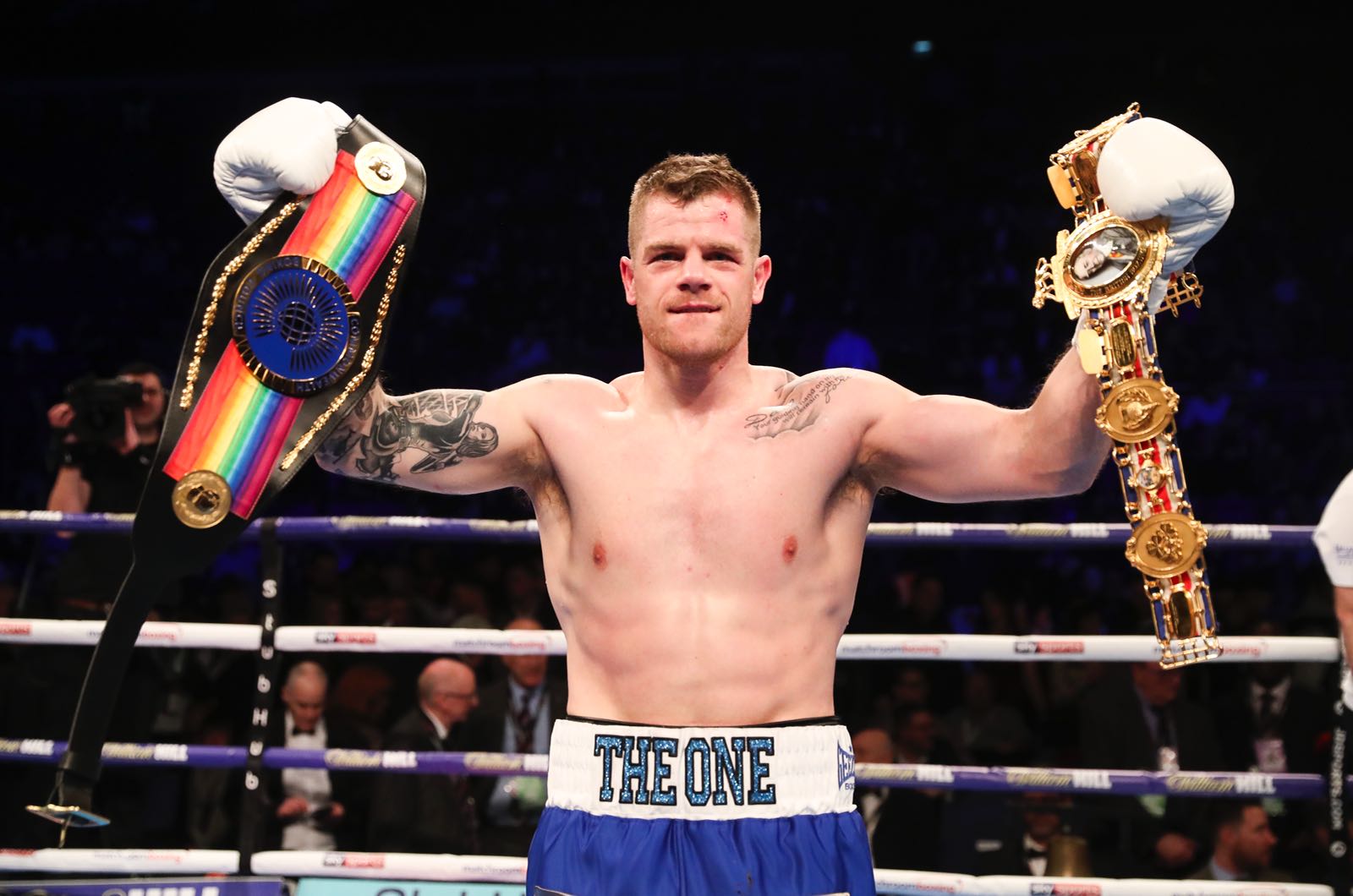 After the performance of his life, Callum Johnson has claimed the British Light Heavyweight title in spectacular fashion, with a first-round stoppage against Frank Buglioni at London’s O2.

Still undefeated, Callum has now joined a very special club like so many of his fellow Gallagher’s Gym teammates, by taking home the historic Lonsdale belt.

Callum, who’s also the current Commonwealth champion, shocked Buglioni with his relentless approach, which didn’t allow the Londoner to make a mark on the fight before the referee waved off the contest.

After tragically losing his father in 2016, Callum has been through a lot in the past few years, and this latest win was dedicated to him and it’s continued to fuel his boxing ambitions.

Talking about the win, Callum explained: “I want to keep proving my dad right and the doubters wrong,” the emotional new champion said. “I owe everything I’ve done in my life to my dad.

“I thought it could be that quick but, honestly, probably not that quick. I can knock any light-heavyweight out in the world, I’m not saying I’m the best but I can stop anyone.

“I’ve had hard times, but I’ve stuck at it. I just want to stay active, I’m not getting any younger, I want to leave a mark.”