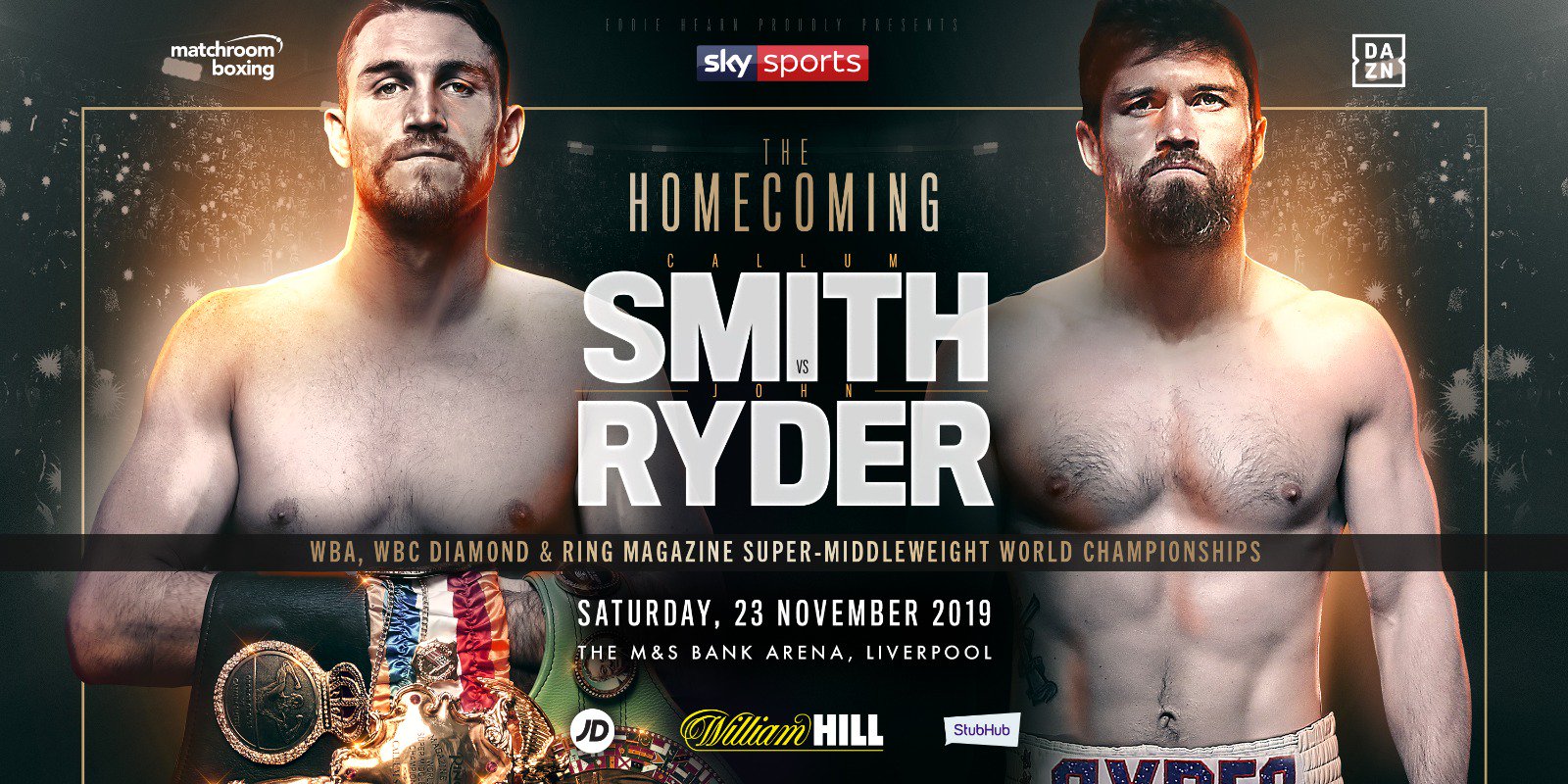 The unbeaten Merseysider, widely recognised as the division’s No 1, will be hoping for a triumphant return as he makes the second defence of his belt against mandatory challenger Ryder at M&S Bank Arena.

But Ryder has produced the most successful spell of his career as he reeled off four straight stoppage wins to earn the respect of Smith.

“I can’t tell you how excited I am to return to Liverpool as world champion to defend my titles,” said Smith. “It’s always been a dream of mine to bring world championship boxing to the city and hopefully this is the first of a big run of fights here.

“My last three fights have been on the road in Germany, Saudi Arabia and New York and whilst they have been incredible experiences, there is nothing quite like a big fight night in Liverpool. It’s also pleasing that I get to be involved in a domestic fight against a tough opponent in John Ryder.

“He has fought his way to mandatory challenger and is on a big run of knockout wins that make him full of confidence.

“I’m working hard in camp to be at my best and make a statement as we head into a huge 2020. Right now the focus is on Ryder and defending my belts in style in my city on November 23.

Smith is targeting a huge fight at Anfield next year, with a unification clash against WBO champion Billy Joe Saunders believed to be one of the options, although Ryder is determined to fulfil his own ambitions with a stunning victory.

Matchroom Boxing promoter Eddie Hearn said: “I always love coming to Liverpool, but when one of their own headlines in a world title, there’s nothing quite like it.

“I’m so happy Callum gets this chance to return to the city as champion in a brilliant domestic fight. Callum has established himself as the No 1 super-middleweight on the planet right now and John Ryder is on a brilliant run that has seen him become the WBA interim champ and the mandatory challenger.

“It’s Liverpool versus London in what I expect to be an intriguing fight for the 168 marbles.”

Adam Smith, Head of Sky Sports Boxing, said: “Callum Smith returns to Liverpool as the world’s best super-middleweight for an exciting domestic clash against John Ryder, who is in red-hot form.