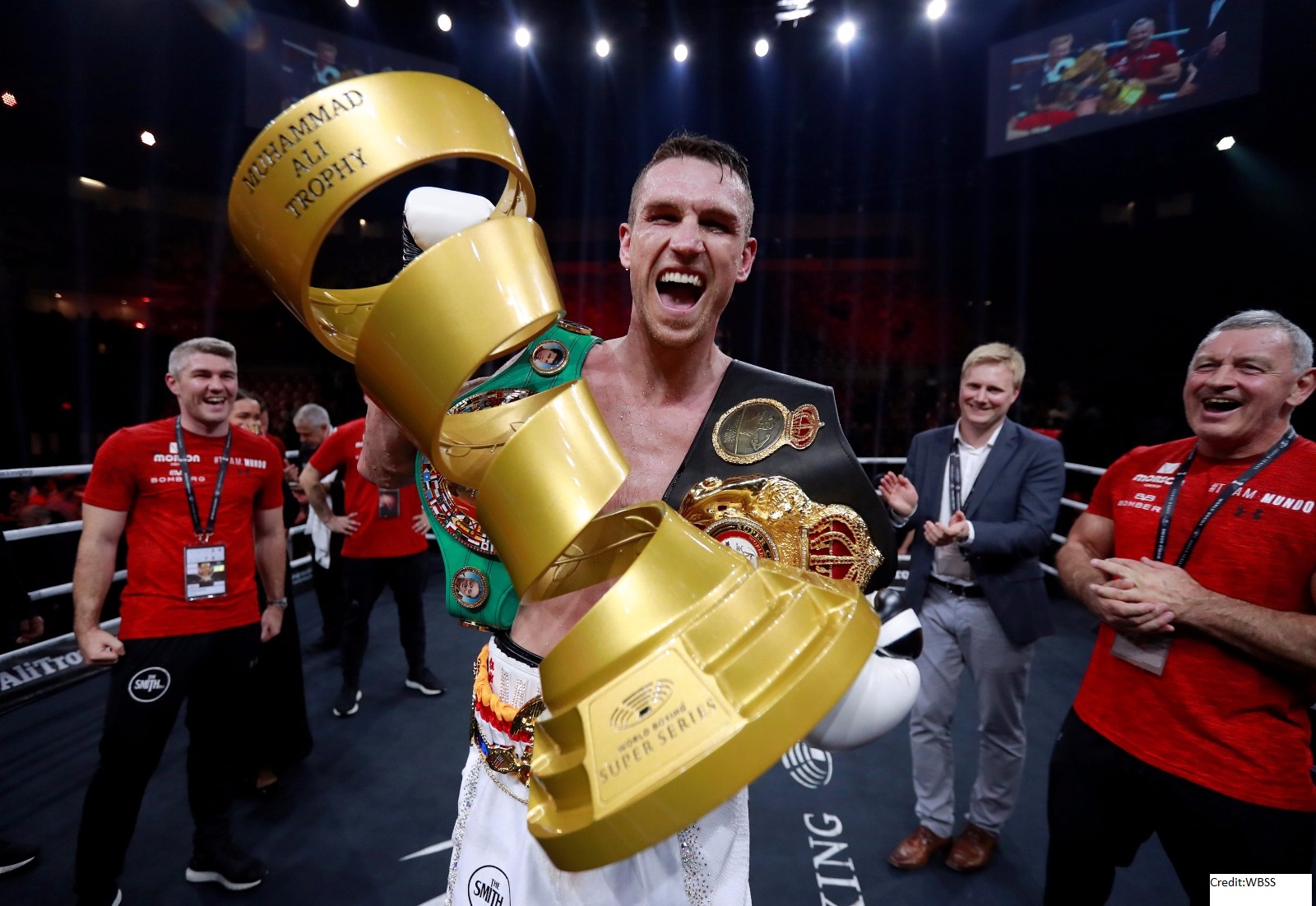 Callum Smith knocked out George Groves in the seventh round to become the WBA ‘Super’ super-middleweight world champion and win the World Boxing Super Series final in Saudi Arabia.

Not only did Callum claim his first ever world title and retained his WBC Diamond belt, he also took home the coveted Ring Magazine honour and Muhammad Ali Trophy.

After beating Groves in sensational style on Friday night, Smith now stands as arguably the best super-middleweight in the world.

The Liverpudlian landed a huge left hook halfway through the seventh round that sent Groves spinning back into a corner, and Smith followed it up with two body shots and an uppercut to send his opponent to his knees.

The tournament’s No 1 seed was clearly struggling to recover and stayed down as referee Luis Pabon counted to 10, two minutes and four seconds into the round, at the King Abdullah Sports City Indoor Arena, in Jeddah, Saudi Arabia.

Callum’s confidence, calmness and accuracy reigned supreme and controlled the fight from the start.

Incredibly proud trainer, Joe Gallagher explained: “What an emotional night! Callum has firmly established himself on the biggest stage ever as the best super-middleweight in the world – I’m so happy for him!

“He’s worked so hard and had to be very patient – but we all knew his time would come – and tonight he really got to show the world what he could do! I’m so proud – and this is just the beginning – this really is Callum’s time to shine!”

The pair took a full 30 seconds to swap jabs and it was Smith’s overhand right that was the first decent shot of the night which not only set the early pace, but was to be one of his biggest assets.

The 28-year-old slipped into gear and looked comfortable in the second and when Groves tried to make an impression he was caught with a couple of smart counter-shots.

Smith then had the No 1 seed in trouble midway through the third; Groves’ low left landing but another accurate right shunted him back onto the ropes, where the Liverpudlian had him hanging on.

Smith opened the seventh with a trademark overhand right that had Groves on the ropes again and, although he survived the first barrage, a brutal left to the body had the champion in all sorts of problems and he stayed down after a flurry of unanswered punches.

“I’m a big believer in my own ability and I believed I was good enough to become a world champion,” Smith told ITV Box Office.

“I kept believing and tonight I reminded people of how good I am. It was a good fight, I felt I was beating him at his own game and winning.

“I got my big shots off first and he couldn’t take it and I got the finish.”