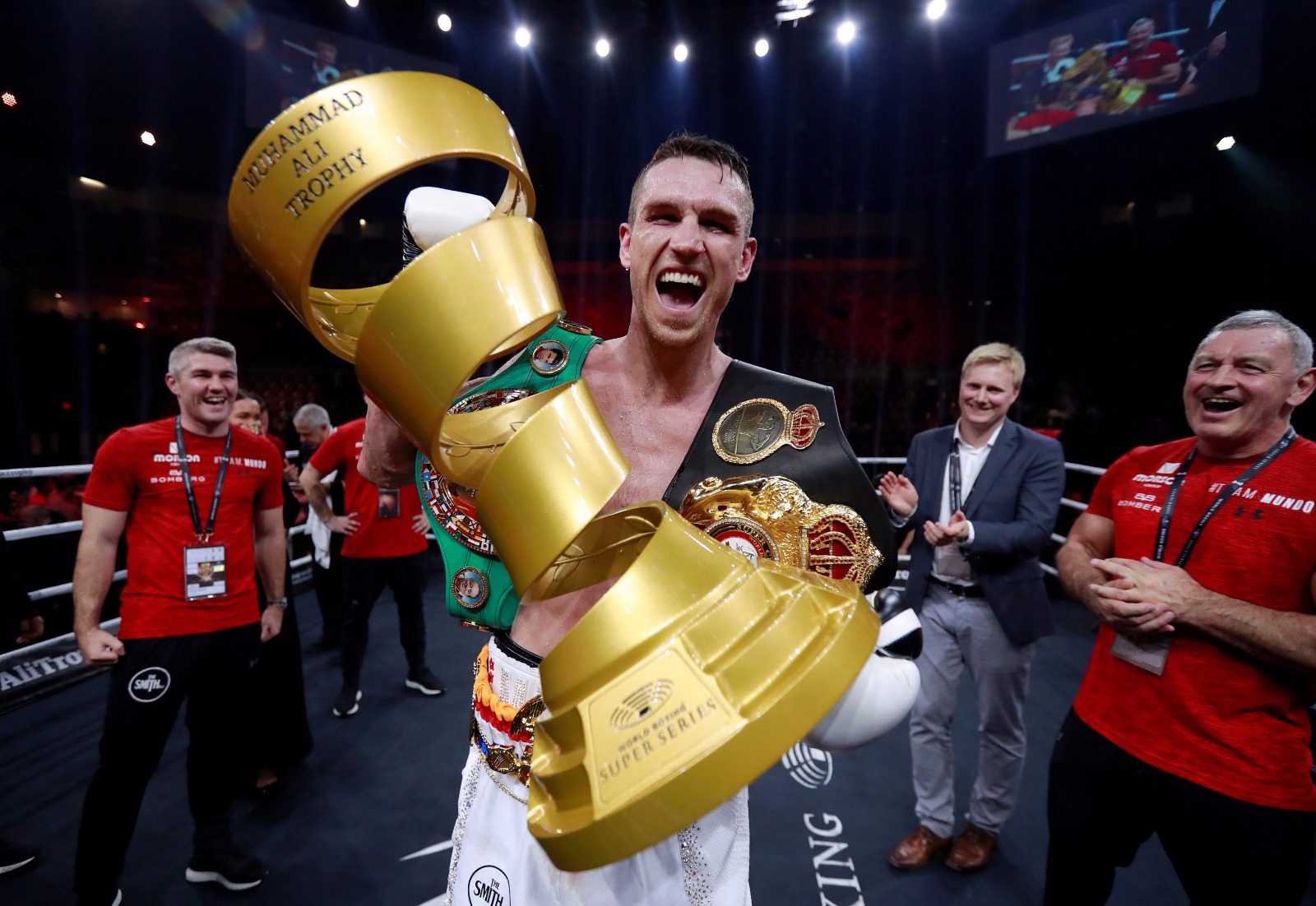 Callum Smith starts his reign as WBA ‘super’ champion with a first defence against Hassan N’Dam on the Anthony Joshua bill in New York.

The Liverpudlian stopped George Groves in the super-middleweight final of the World Boxing Super Series to claim the belt and faces French challenger N’Dam at Madison Square Garden on June 1, live on Sky Sports Box Office, with the WBC Diamond and Ring Magazine belts also at stake.

After a dominant win over Groves, the unbeaten Smith can reaffirm his status as the division’s No 1 fighter with his 26th successive victory, keeping the 29-year-old on course for a unification clash or a discussed fight with Mexican star Saul ‘Canelo’ Alvarez.

“I’ve had a good camp and I’m looking forward to walking to the ring as a world champion for the first time in my career,” said Smith.

“I worked so hard to get where I am and now the task is to keep hold of my titles and target those big fights. To have my first defence at Madison Square Garden is going to be special and it’s another box ticked for me, personally.

“People call it the Mecca of Boxing and I’ve always seen it as a venue that I’d love to fight at one day. The minute that there was a chance of it happening I pushed to make sure that I could be part of this show.

“N’Dam is a good fighter and he’s a former world champion. He’s only lost to three top fighters and he’s got some great wins on his record. I had him over in England to help me prepare for George Groves so we know each other well.

“He’s a good mover, has good footwork and can move around the ring pretty well. Experience is on his side and he’s an awkward guy to face. Saying that, he’s definitely a fighter that I should beat and get rid of if I’m on my game.

“I believe that I’m improving all of the time – I’ve even improved since winning the world title. I believe that I’m the best super-middleweight in the world. There are a few fighters in my division who probably disagree with that and rightly so. If I am the best on the planet then I should be able to get rid of Hassan N’Dam and look good doing it.”

N’Dam said: “I am confident I will create a big surprise in New York. It is a true privilege for me to be given the chance to fight at Madison Square Garden for the first time in my life.

“Callum Smith is an excellent boxer with many qualities. As he is tall he can impose his own boxing style on most of his opponents. I have much respect for him both as a boxer and a person. I believe it will be a very tactical fight.

“I have always defended my titles abroad and I am used to pressure and know how to handle it.”

Promoter Eddie Hearn said: “This is a huge platform and one that Callum fully deserves. He has established himself as the No 1 168 pounder in the world and will prove it at the Mecca of Boxing on June 1.

“N’Dam always brings the action and I believe this will be a high-level fight with plenty of fire. The mega fights await Callum and he can’t afford to slip up here. I know he and trainer Joe Gallagher have prepared diligently for this challenge and he will be sending out a statement live on Sky Sports Box Office.”

N’Dam has already tested himself at the highest level, enduring world title defeats on points to Peter Quillin and David Lemieux before he controversially defeated Ryota Murata on points to claim the WBA ‘regular’ belt last May, only to suffer defeat in an immediate rematch.

But the Cameroon-born boxer responded with a majority decision victory over Martin Murray in December ahead of his move up in weight to challenge Smith.

Adam Smith, Head of Sky Sports Boxing, said: “We’re very excited to add Callum Smith to a huge night at Madison Square Garden. He’s rightly regarded as the world’s best super-middleweight after that win over George Groves – and we can showcase more of our best talent on the AJ bill.

“Callum has already been named as a possible opponent for Saul ‘Canelo’ Alvarez and there are massive nights ahead of him if he defeats the proven Hassan N’Dam.

“It’s going to be an action-packed evening for fight fans as Katie Taylor’s undisputed world title fight and the classy Josh Kelly are also in action before AJ lights up New York in the main event.”