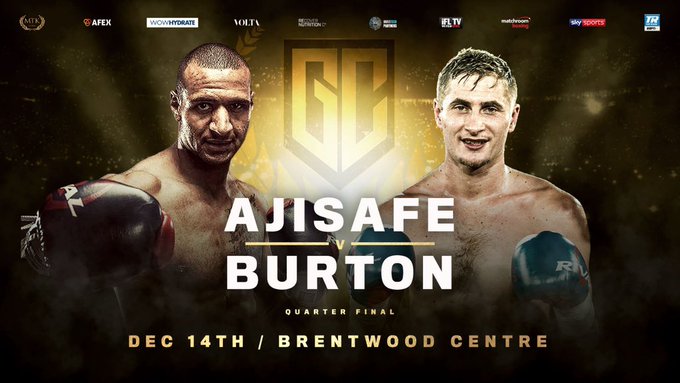 Hosea Burton has vowed to put ‘the hammer’ on Bob Ajisafe after their elusive domestic clash was finally confirmed in The Golden Contract.

The former British champions will collide in the quarter-finals of the light-heavyweight tournament on Saturday in Brentwood, live on Sky Sports, after Ajisafe and Burton were brought together in the final pick of Wednesday’s draw.

After being linked with Ajisafe in the past, Burton had no concerns about facing a fellow Lonsdale title holder and vowed to start with an explosive win.

“It’s a good opportunity to get back in there and get back in the mix,” said Burton. “Me and Bob are both awkward and we’re in the ‘who needs them’ club. That’s why we’ve been inactive for a few years because everyone knows we’re hard to beat.

“It’s a shame that we got drawn against each other, but I’m up to the task and I think I’m the best boxer in the tournament.

“I know Bob will be fit, but I do plan on putting the hammer on him. I’ve been wanting this fight for a long time, and when he was British and Commonwealth champion it nearly happened but for one reason or another it didn’t. We get that chance now.”

Ajisafe, who floored Tony Bellew in a 2010 points defeat, insists he can overcome his big-hitting opponent in the opening stage.

“I’m planning on putting a good performance on and getting the job done,” said Ajisafe. “I didn’t expect to get Hosea in the first round, but I’ve obviously known about him for a while.

“He’s been around the same time as when I was champion so he’s obviously a good fighter, but everyone here is a good fighter and here on merit. Styles make fights, and I’m confident in my own ability.”