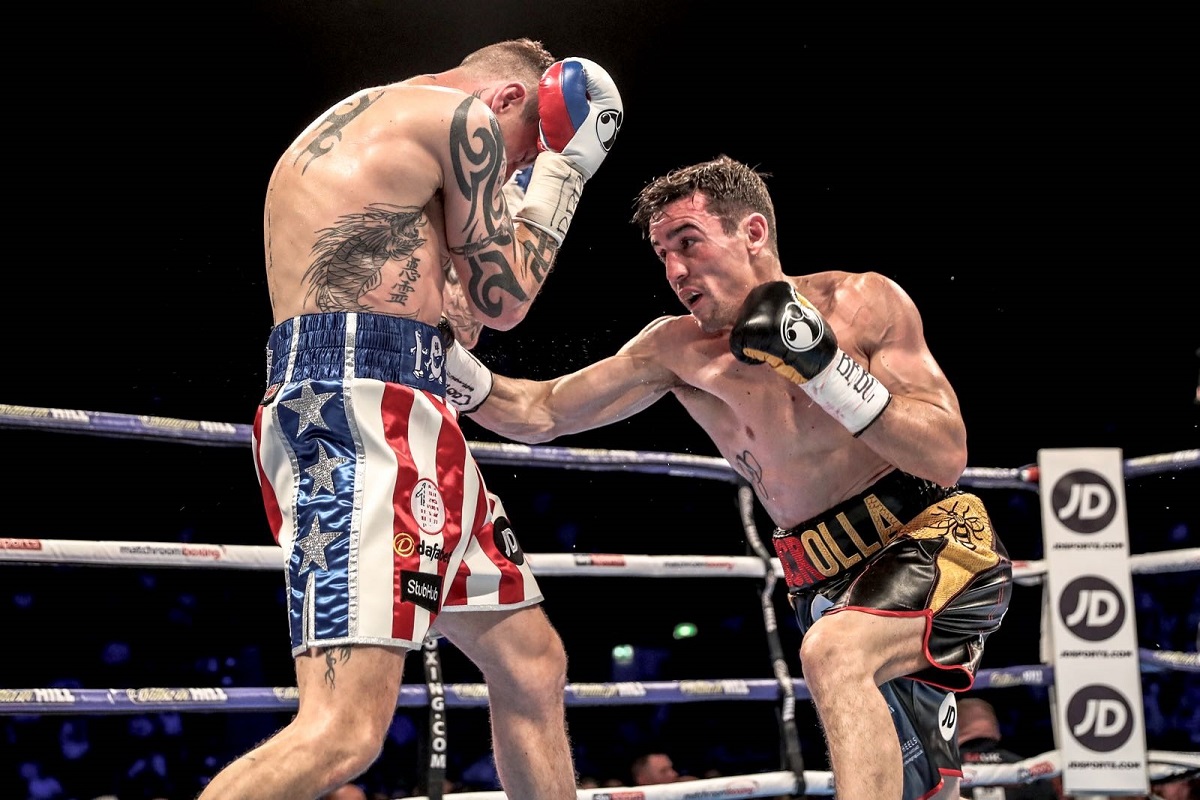 Anthony Crolla has two impressive wins on the run against Ricky Burns and Edson Ramirez and another world title shot seems imminent.

Catching up with trainer Joe Gallagher recently, World Boxing News asked if that was the logical next challenge for the likeable Mancunian.

“Yeah definitely, his next big fight is after his wedding in a few weeks. He’s got to get through that one first because he’s getting married. All the wedding arrangements, that’s going on at the moment,” Gallagher exclusively explained to World Boxing News.

Using the time to recover since his last outing in March, Crolla is eyeing a return in the autumn.

“He had a little operation on an old injury on his ankle but Anthony will be ready to fight, we’re looking at September or early October.”

Since losing to Jorge Linares, Crolla’s old WBA belt has changed hands when pound for pound star Vasyl Lomachenko took it from the tough Venezuelan. The two now could meet in an epic clash, Gallagher predicted.

“I know Lomachenko is injured at the moment, but I’d love him to be able to say you know what Anthony you go and fight possibly Evens Pierre and the winner of that has to fight me when I’m better.

“Hopefully that will be the case Instead of holding on to the title or Anthony could fight Evens for an interim and then the winner could fight Lomachenko,” he said.

Lomachenko has previously expressed interest in fighting on UK soil and Crolla could well turn out to be that reason.

“I know Lomachenko is keen to fight in the UK, I’m sure that would do good numbers at the Manchester Arena.

“We know Crolla brings in 12-14,000 at that arena and his following is huge, he’s still relevant in the lightweight division.”

“I think a fight with Lomachenko and a good undercard that would sell out and go for a good PPV so I think that’s the avenue we’re going for with Anthony Crolla.”

Pierre is currently ranked #3 in the WBA rankings, one spot above Crolla where Linares still holds the current #1 mandatory position.

“We want that Evens Pierre fight either for the title that Lomachenko vacates or we fight for the interim and when he’s better we fight him for it.

“That’s the path for Anthony Crolla now with the new season coming.

“Anthony said, ‘listen I’m not calling out Lomachenko, I know that because I’d be a fool – he’s class, but if I beat the number one and I’m mandatory then that’s who I have to fight.”

“It’s Lomachenko but what an honour it would be to share the ring with him. He can say at the Manchester Arena that he’s fought Jorge Linares and Lomachenko.”

“Two of the best pound for pound fighters of this generation, where’s the shame in that and in boxing, you just never know what happens,” concluded the respected coach.