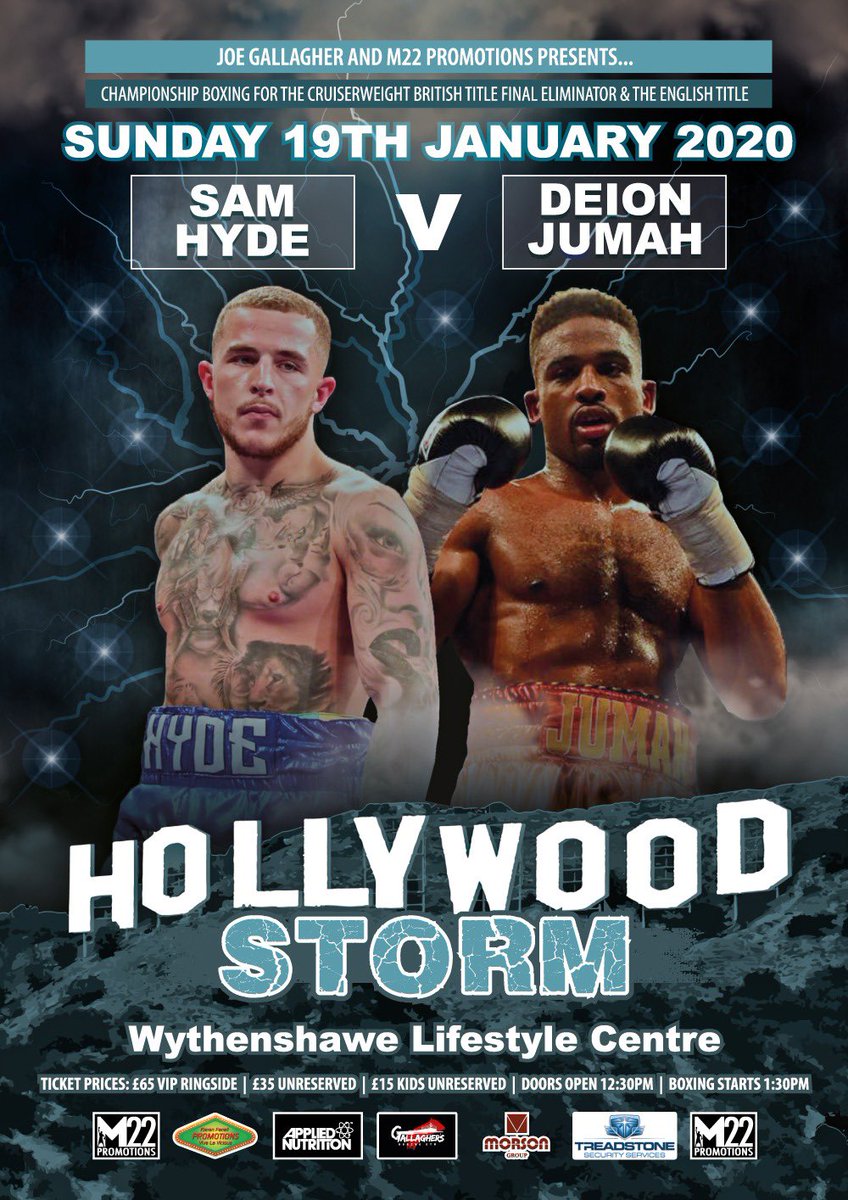 Joe Gallagher has unveiled plans for his third promotional show under M22 Promotions.

The two-time trainer of the year and now promotor, will kick off 2020 with a huge domestic title fight for Sam Hyde, who will fight for the English Cruiserweight title and also the final eliminator for the British title.

Sam will fight Deion Jumah on Sunday 19th January at the Wythenshawe Lifestyle Centre, which was where Gallagher hosted his second show, which was a huge sell out success.

Talking ahead of his third show, Joe said: “So happy to kick off the year with a well overdue title fight for Sam, in a great bout in his home city! It will be our third show, so to have a domestic battle which leads to the winner contending for the British title is really exciting!

“There’s many other names to confirm for the event too – so watch this space! Tickets available now and since we sold out last time don’t leave it late!”