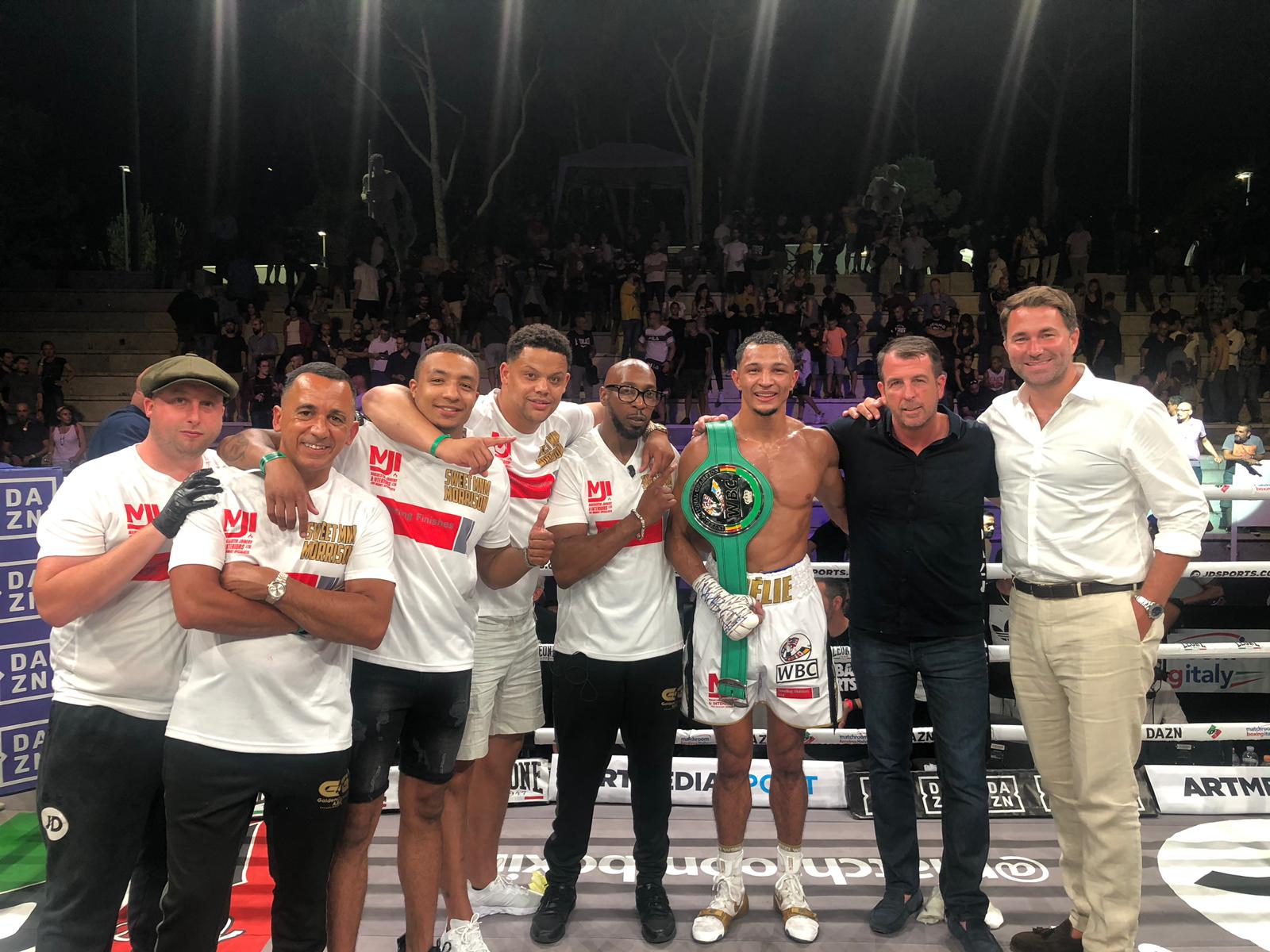 The Manchester middleweight, who is managed by Joe Gallagher, was behind on the scorecards at the Stadio Nicola Pietrangeli in Rome, cutting a frustrated figure after a promising start, but found a huge equaliser in the ninth round to win the WBC silver international title.

After his fifth consecutive victory, Morrison improves his record to 21-3.

‘Sweet MNM’ made a spritely start to the scheduled 10-round contest, the Brit stabbing out a stiff jab over the first three minutes, a series of well-crafted right hands getting the better of his frustrated Italian counterpart

A rousing speech in the home corner quickly followed and Blandamura duly fired back in the next, the 39-year old putting his foot on the throttle, his jerky movement causing the visitor to regularly miss.

The Italian had only ever stopped five opponents in his professional career prior to Thursday’s fight and, when he engaged in a brief shootout with his younger foe in the third, it was Morrison who unsurprisingly won the mini escapade with a walloping left hand.

The pace then settled into the mid-rounds of the contest, the local hero, his every punch roared on by the partisan crowd, using his experience to make things tricky on the inside, cleverly nullifying his more powerful counterpart.

After a minute’s interval, Morrison sustained the onslaught, rallying forward before a final right hook ended proceedings in dramatic fashion.

Joe explained: “What a memorable night for Marcus – I couldn’t be happier for him. Winning in such an iconic setting – it will be a night he will never forget!”