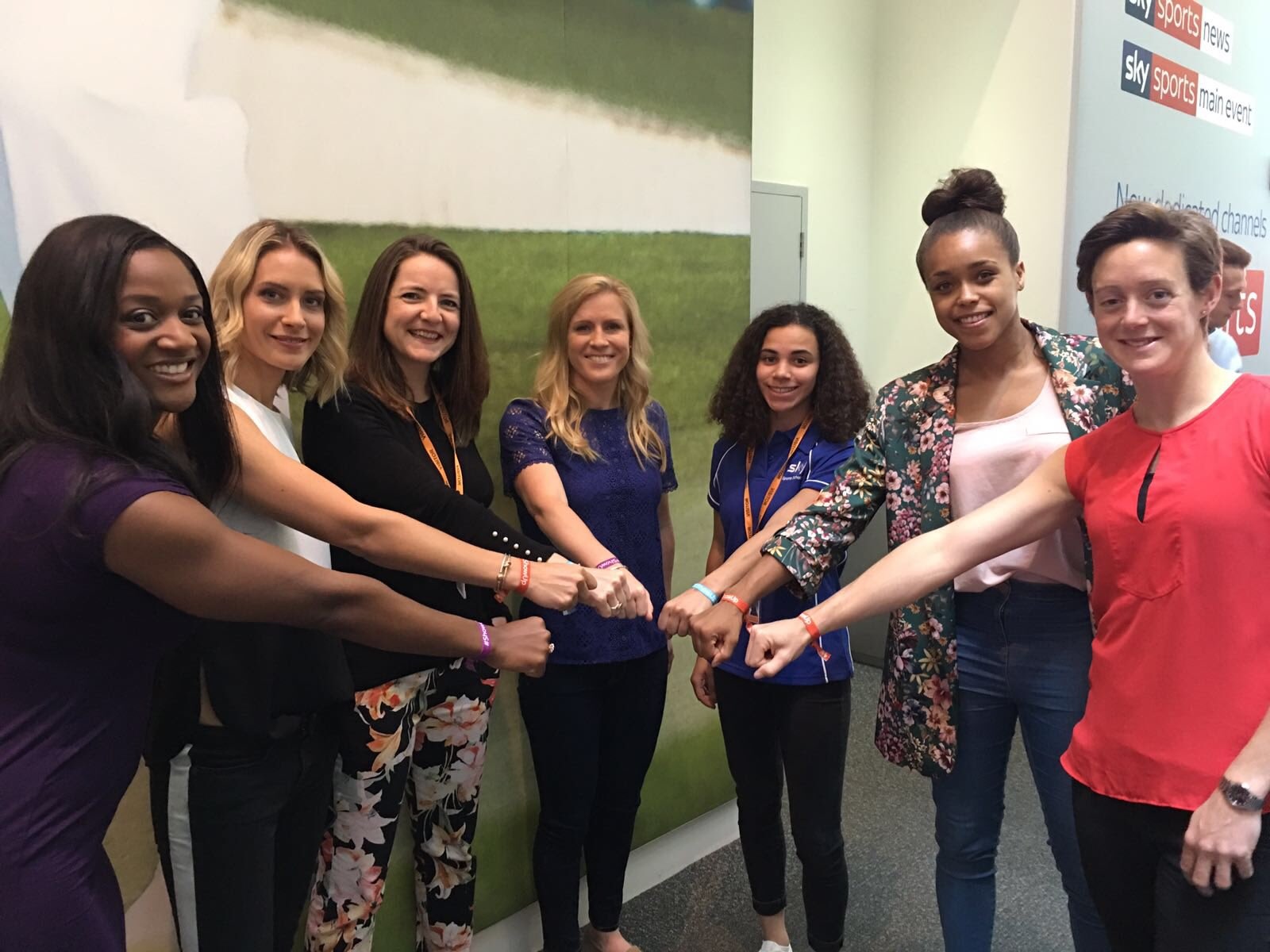 This week Natasha Jonas joined forces with the Women’s Sport Trust, Sky Sports and many other inspirational female athletes for the launch of a brand new campaign #ShowUp.

The campaign aims to encourage everyone to ‘show up’ and support women’s sport by watching, attending or playing.

Natasha attended the high profile media day at Sky Studios for internal Sky outlets to capture content and to encourage external media to get behind and help promote the campaign.

The #ShowUp campaign will include multi-platform support from Sky and Women’s Sport Trust including on-air, social media, PR and more.

Natasha is fully committed to raising awareness of female sport and loves to show her support for these positive movements which continue to break down barriers and drives female participation and interest.

As part of the campaign, Sky are giving away 5,000 tickets to women’s sports events this year to encourage attendance as part of the Sky VIP loyalty programme.

Thousands of #ShowUp hairbands are being distributed to support the campaign. Recipients are encouraged to share pictures of their hairband pledging where they are showing up or how they are using it to #ShowUp i.e. a hockey player wearing it to play.

On the launch day, Sky Sports Mix is dedicated an entire day of programming to women’s sport.

For more information about the #ShowUp campaign follow @WomensSportTrust