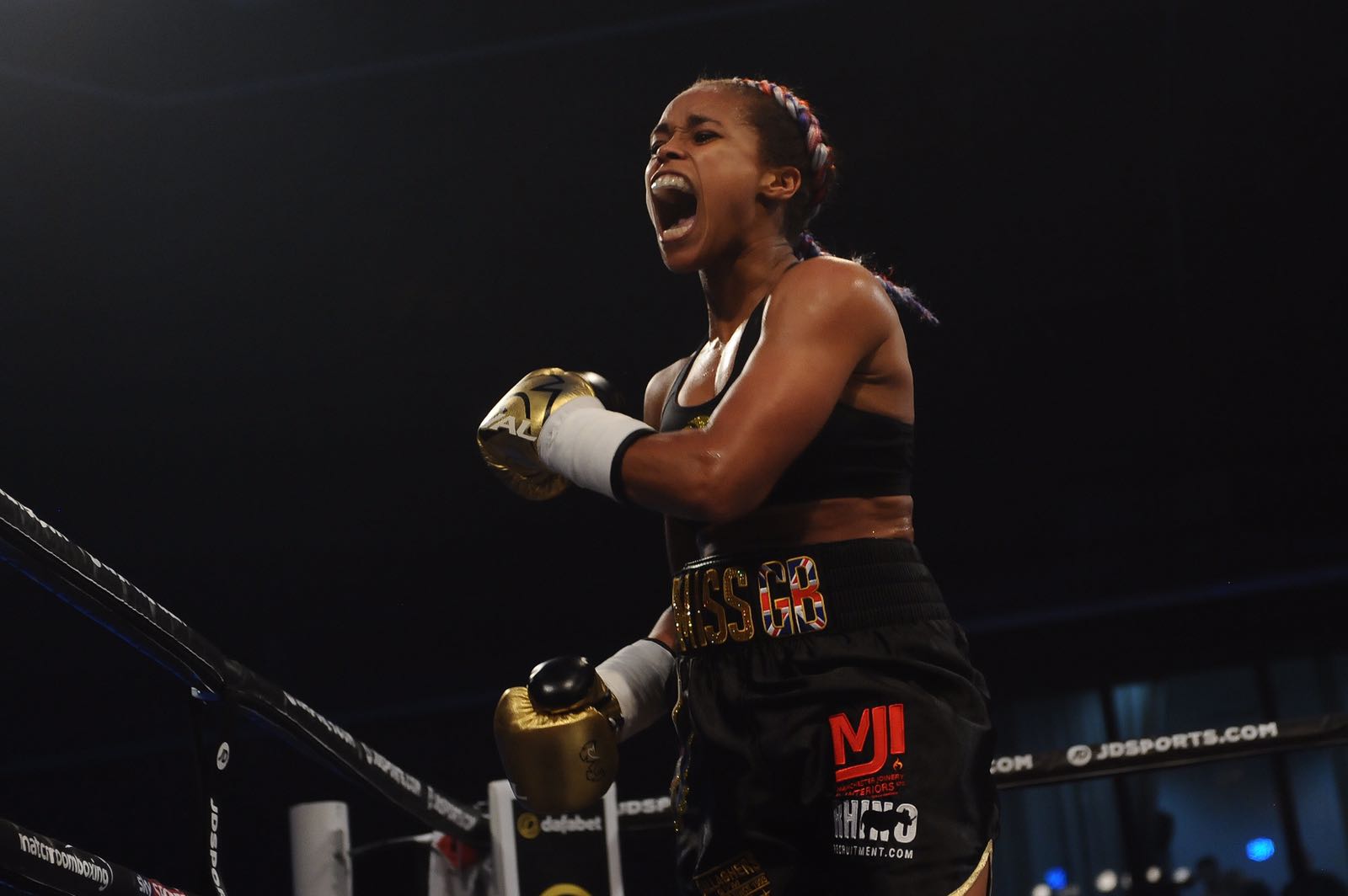 Natasha Jonas is just days away from her bout on the Amir Khan undercard in Liverpool.

Natasha can land her first pro title on Saturday night when she takes on Taoussy L’Hadji for the WBA International super-featherweight title at the Echo Arena in Liverpool, live on Sky Sports.

Jonas moved to 5-0 in February in Manchester in her first fight to go the distance, and will look to land her first hardware in her first ten round contest.

“To be fighting for my first title in Liverpool is fantastic,” said Jonas, who faces L’Hadji after Viviane Obenauf injured her foot. “It’s always an honour to box at home. Last time for my second fight, I perhaps rushed my work a little bit. But there were some hometown nerves there which is only natural. This time I’ll be looking to settle earlier and get my shots off.

“Whatever belts come, I’ll take, and I want this to be the first of many. That’s all down to Eddie Hearn and Joe Gallagher to map out though. All throughout my amateur boxing career you get told what you are doing and it’s not too dissimilar now. I’ve just got to make sure I’m in the best shape possible going in to these fights.

“In women’s boxing at the moment there isn’t too much depth with all due respect. After you’ve had the learning fights, it’s sort of straight in to the World level – there’s a lack of quality in between.

“Everyone wants to fight for a world title, I know I’ve got it in me to win one. The better opponent, the better Tasha Jonas you’ll see.”

Jonas’ clash with L’Hadji is part of a huge night of action in Liverpool as Amir Khan returns to action against fiery Canadian Phil Lo Greco.