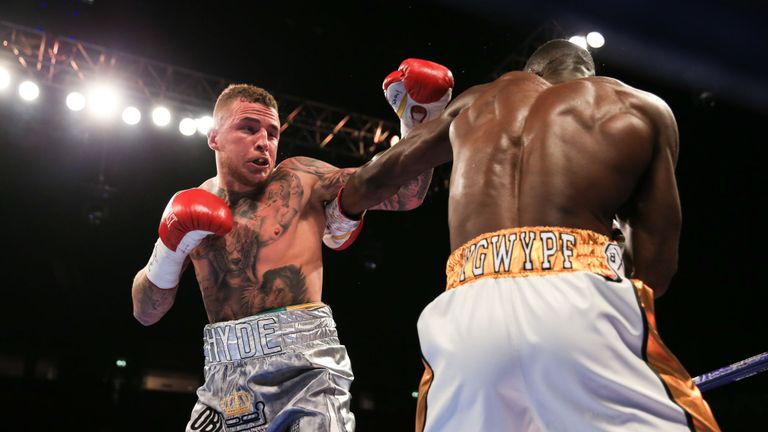 Sam Hyde was on course to win his first professional title against Richard Riakporhe, before suffering a shocking injury to his left eye.

Hyde, who had the Manchester crowd on his side, started the contest the better, taking control in the second after a cagey opener, two whipping hooks landing flush.

With Riakporhe tentative and tight, the 25-year-old stayed on top from then on, jumping in with a sharp combination to the head and body in a closely-fought third before countering well in the next.

What was looking like a comfortable night’s work for the Sale man suddenly turned into a nightmare when, after controlling the seventh behind the jab, Riakporhe’s thudding right hand caused serious damage, the Londoner loading up and rocking Hyde onto the ropes.

Riakporhe, who was down on all cards managed to pull out a series of right hooks to badly damage Sam’s eye socket in the eighth round, which forced Joe Gallagher to mercifully pulled his Sale fighter out of the fight.

Sam will now take some time to recover, but trainer Joe Gallagher is confident his young fighter will come back from this and will challenge for titles again! 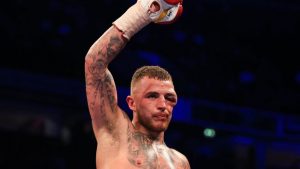