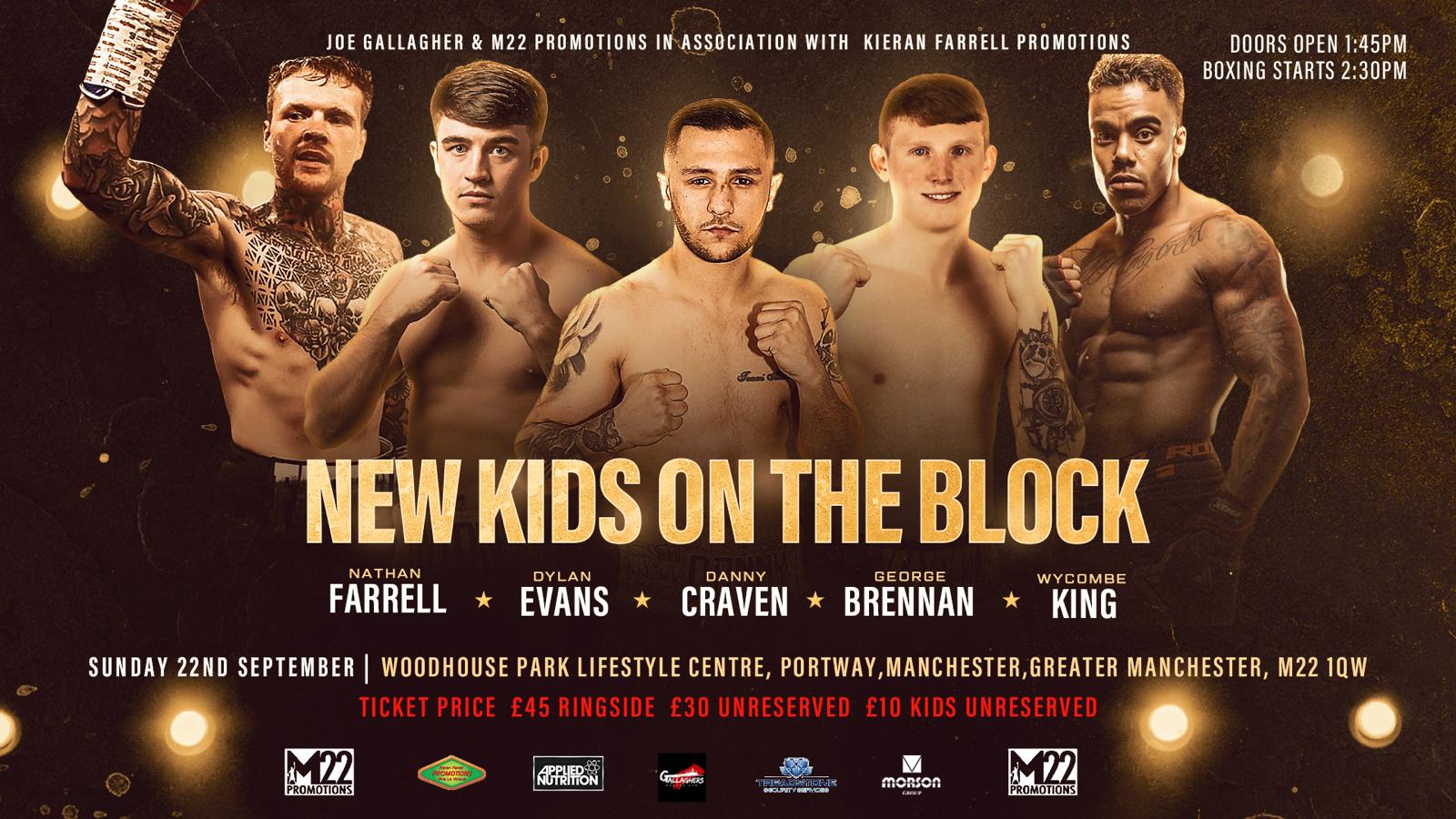 After a successful promoting debut in June, Joe Gallagher has announced his second show under M22 Promotions.

The ‘New Kids On The Block’ show will take place on Sunday afternoon 22nd September at the Woodhouse Park Lifestyle Centre, Manchester.

Gallagher has again teamed up with Kieran Farrell Promotions to put on a five bout event, which will feature Nathan Farrell, Dylan Evans, Danny Craven, George Brennan and Wycombe King.

Talking ahead of his second show, Joe explained: “Our first show went really well so we’re excited to announced plans to return to Woodhouse Park for a second event next month. We’ve got some good kids on the bill, including Dylan Evans, who Anthony Crolla’s been training, so will be great to see them back in action.”