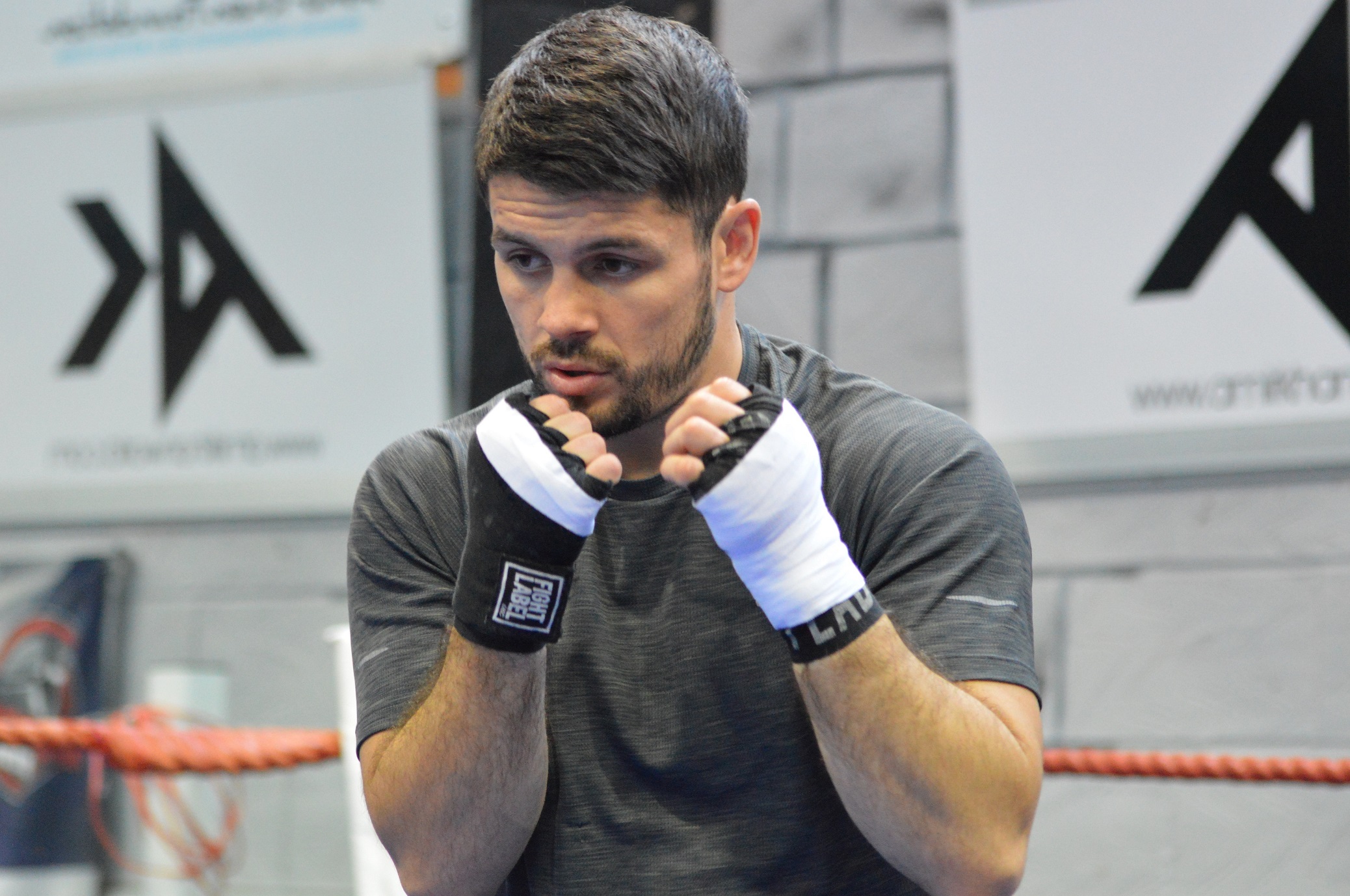 Stephen Smith spoke with BoxingScene recently to talk about his recovery from his shocking ear injury late last year.

The Doctor had a look. The ninth round (of ten). ‘Look, man, your ear is hanging off, keep still’.

He left the ring. Walked down the tunnel of the Mandalay Bay. A lady stopped him to get a form signed so he could get paid. Only in boxing. Man’s gotta eat though.

Stephen ‘Swifty’ Smith (25-4, 15 KOs) had just lost a fight to Francisco Vargas in Las Vegas. Still in full fighting attire he sat in the ambulance wondering, maybe pondering about why he was doing this to himself. Shock will do that to you.

“What the f*** am I doing here?” he recalled sat waiting to go to hospital.

Boxing is all around Smith. 24/7. His own career, and then playing a pivotal part in assisting his three fighting siblings – Paul, Callum and Liam – in any way he can. They’re a team, like the gym they go to overseen by Joe Gallagher.

However, even when part of your anatomy is hanging off you can always think ‘Could have been worse’. Couldn’t you?

“I knew I was in a fortunate position in that I knew nothing was life threatening. Some boxers get out the ring and there’s worse that happens. I remember what happened to Erik Skoglund, and I think with that being close to home having fought Callum.

You have to count your blessings…

“But I was still thinking what the f*** am I doing here? Half my ear is hanging off. How’s this happened? It was weird. It was a state of shock.”

And off he went to be another patient from a sport that has brought so many to medical staff around the world.

The injury he suffered that night on December 9, 2017 was an image to define how barbaric this sport can be. But where there’s hurt, laughter isn’t that far behind. Smith, like many a Liverpudlian, has a way with words. It’s not the iconic Joe Pesci-Ray Liotta moment in Goodfellas but Scousers have a way of telling a story. And even this one, with what happened to him and the way he told it, made me laugh even though someone, somewhere was clipping me over the head like an old school mother telling you not to.

“The first major hand injury I had came in the first [John] Simpson fight (in 2010). I remember squeezing my hand at the end of the fourth or fifth round and knowing something was wrong, but I fought a 12 round fight. It was a decent pace and there was a lot of punches thrown… you just sort of forget about it because a man is trying to beat you. Whereas something like that (the ear) there’s no getting past it.” ‘Swifty’ laughed. I joined in.

“I couldn’t kid anyone that I was okay. It was just like ‘Nah you’re not carrying on with that’ and that was it.”

Lying in an ambulance, lying in a hospital… life passing you by. Your mind racing. So many questions. Too much time to think. Then you realise you’re still dressed to fight. Needles here and there. No hanging about. Smith extremely thankful but halfway through the procedure…

Something that you look back and try to laugh about. Well, a fighter would. Smith does. Crazy sport.

Back home in time for Christmas. No early present from Santa in Vegas but back with family. Family is everything to The Smiths. Bandaged up in appearance but spirits still high. Stephen tries not to take work home with him. His eldest boy, Frankie, is becoming aware of boxing. He knows what his father and his uncles do. The Smith DNA will likely produce another fighter. In the meantime the innocence of childhood allows Frankie to believe that if something happens once to a fighter, it happens to every fighter.

“Now he’s pretending to box, and now the funny thing is he starts pretending. He calls himself Smasher Smith – and says ‘Smasher with the jab, Smasher with the right hand’ and then he’ll go ‘Oh Smasher’s gotta stop his ear’s cut….’

Another one of those you shouldn’t laugh but…”He thinks that’s a normal part of boxing!”

Back training, given the all-clear. Head-guard over the mended ear and everything seems good to go. No date yet for Smith. No rush either, it seems. A two-time world title challenger who has fought Pedraza and Sosa. The latter a sleeper fight of the year contender for 2016. Check it out.

He did have one eye on Martin J. Ward. The Essex man went and met a possessed one from Belfast. James Tennyson, who is also called the new Commonwealth and European super featherweight champion. The latter title appeals to Smith. Whatever route, one more go.

“I believe I can mix it with anyone, and coming down now in the back stretch of my career is a little bit of a blessing because I still am fresh for a 32-year-old. Twenty-nine fights. It’s one of them where I’ve not got as many miles on the clock like someone who has had 30 wars, and all them miles on the clock.”

Good car, had repairs but still a smooth operator. Won’t let you down and will make the journey memorable for however long it lasts. You’d buy it.

Team GallagherSwifty Talks About THAT Injury06.05.2018