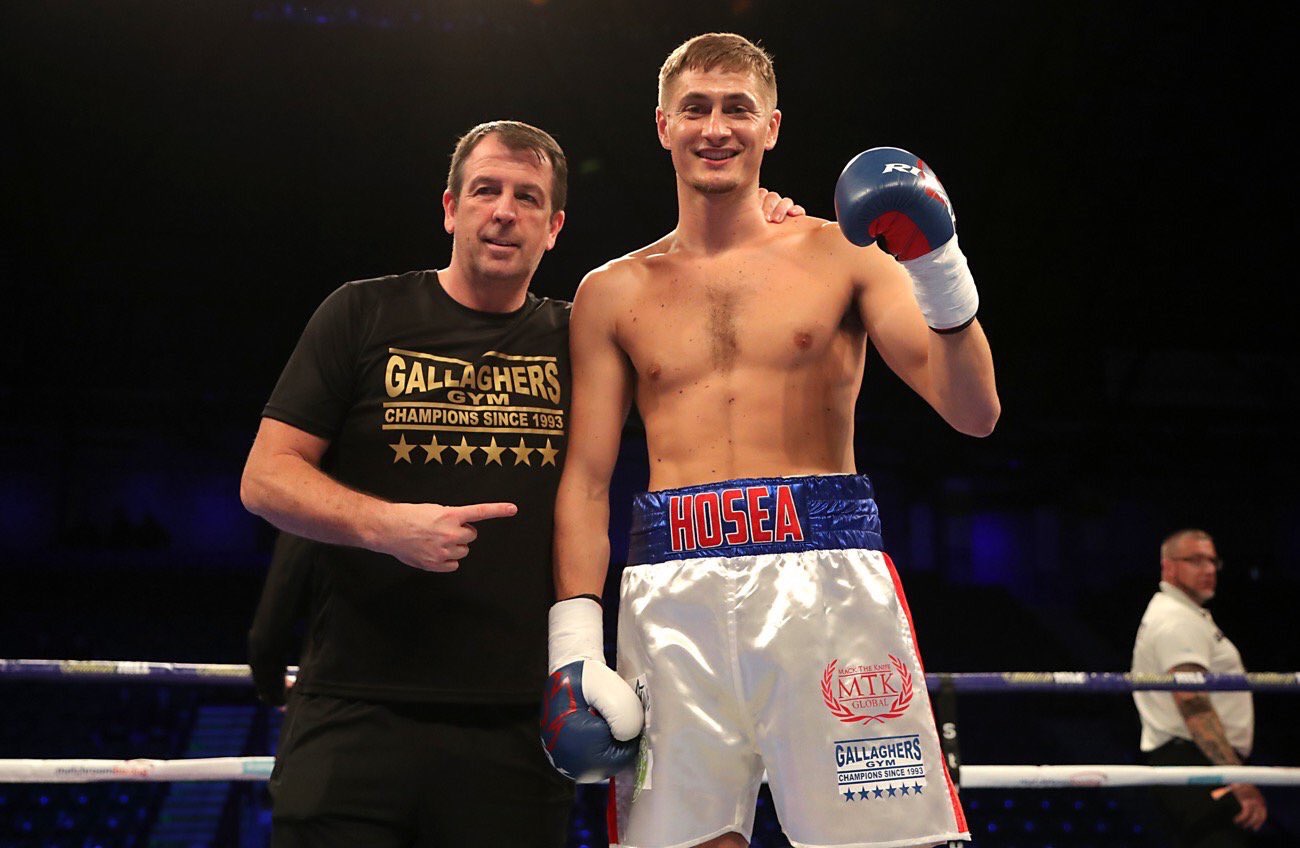 Hosea Burton made a very brief appearance in the ring last night with a rapid 29 second victory over Frenchman, Saidou Sall at the Metro Radio Arena in Newcastle.

Light-heavyweight Burton stopped the bout with a crippling body shot inside 30 seconds!

After fellow light-heavyweight Joshua Buatsi also stopped his opponent, Tony Averlant, in the first round too, there’s already buzz about the two Matchroom stablemates going head to head in the near future!