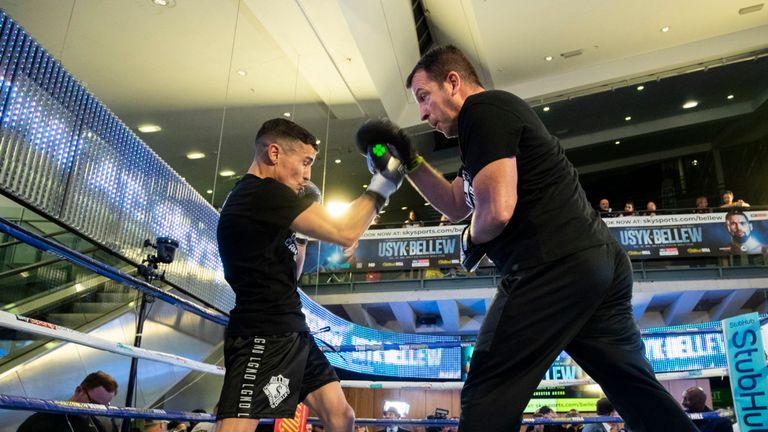 Talking ahead big boxing weekend in his home city, Anthony Crolla talks about his approach for his next fight!

Anthony Crolla is treating his clash with Daud Yordan like a world title fight, admitting the fear of losing will bring out the best of him in Manchester.

A massive fight with current Vasyl Lomachenko could await the winner while a loss would be big setback for either man and Crolla is determined to make sure he has his hand raised at the final bell.

“I’m fighting a very good fighter on Saturday,” Crolla told Sky Sports at Wednesday’s public workout. “This is every bit as hard as a world title fight.

“Our styles will gel well. I expect fireworks and I am ready for war. Once the bell goes, everything is put aside and we go to war.

“I train for every fight as if it is a world title, it gives me that extra edge knowing if I don’t turn up it won’t be enough.

“I need that fear, it drags out that extra few percent in me.

“Honestly, I have had the best camp ever, I am fitter, faster and stronger than ever. I want to steal the show and am expecting 12 hard rounds, but I’m convinced it will be a Crolla win.”

Team GallagherAnthony Crolla Driven By The Fear Of Losing11.09.2018