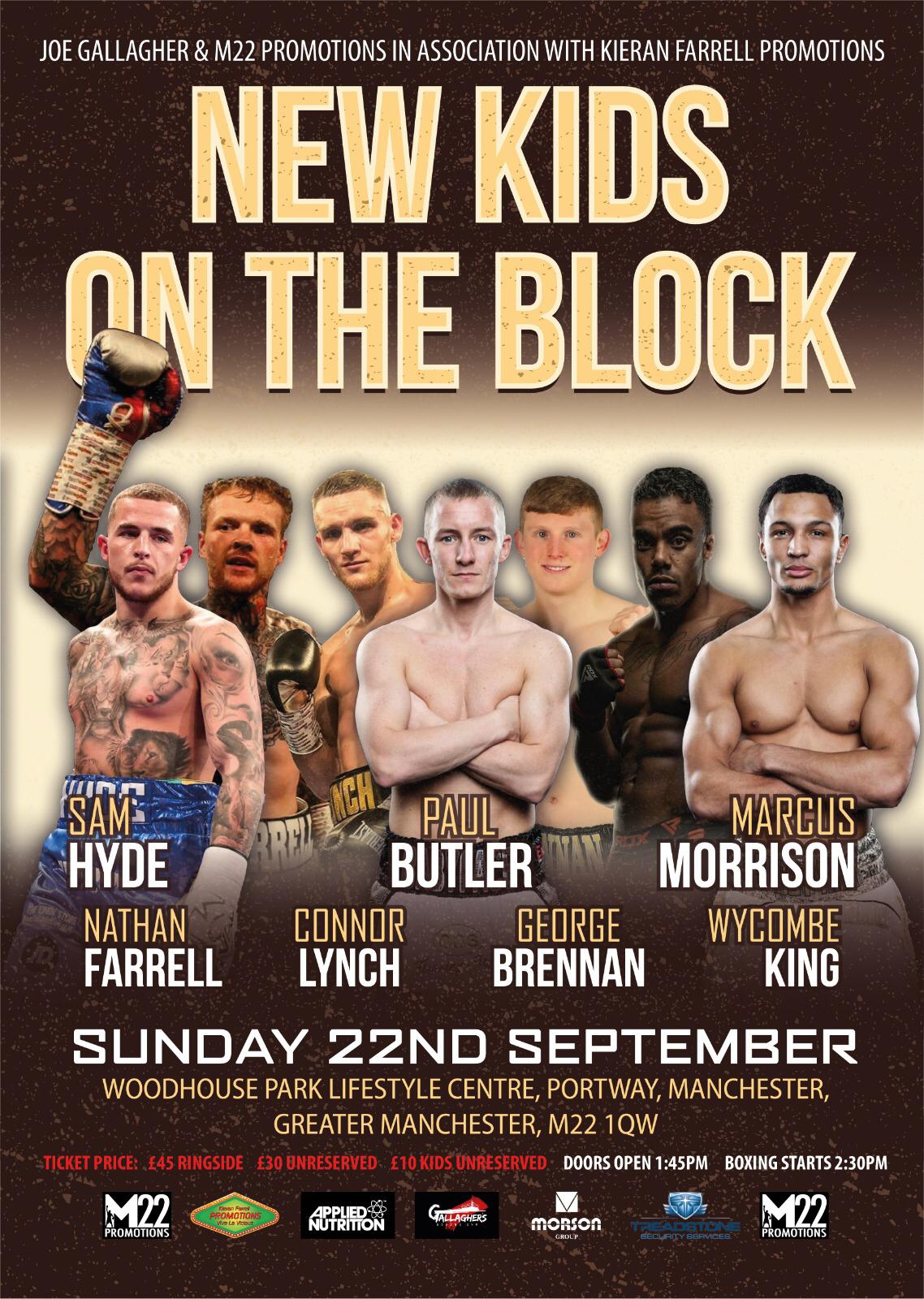 Joe Gallagher’s M22 Promotions has added a host of top names to its second show in Manchester this month!

After a successful promoting debut in June, Joe Gallagher has announced his second show under M22 Promotions which include a former world champion and exciting local talent!

The ‘New Kids On The Block’ show will take place on Sunday afternoon 22nd September at the Woodhouse Park Lifestyle Centre, Manchester.

Talking ahead of his second show, Joe explained: “Our first show went really well so we’re excited to announced plans to return to Woodhouse Park for a second event this month. We’re using this even as a great opportunity to keep some exciting talent busy, so we’ve added the likes of Sam Hyde, former world champion, Paul Butler and Marcus Morrison to the event – so will be great to see them back in action!”