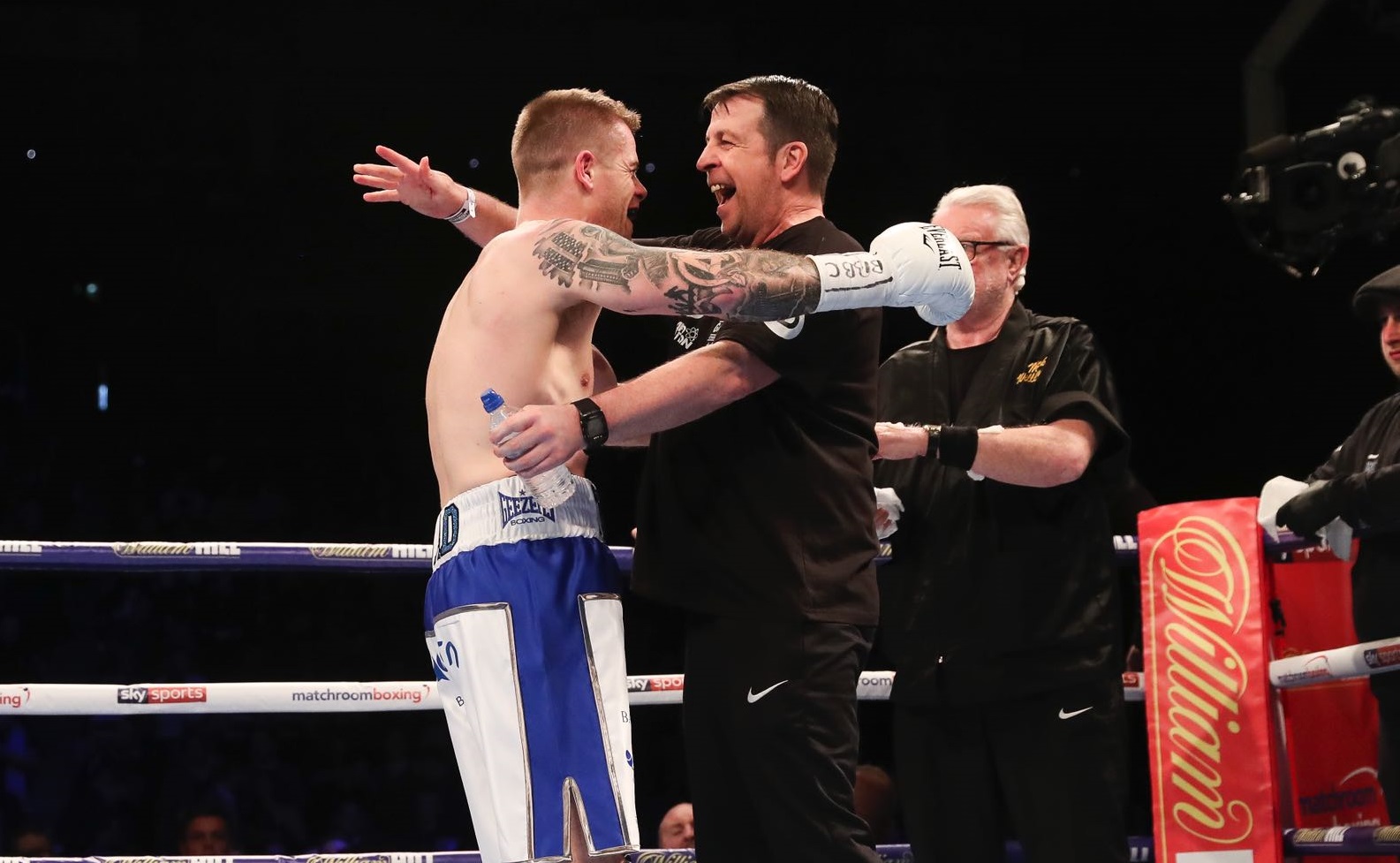 Callum Johnson recently spoke exclusively to FightTalk about his future plans since his spectacular stoppage against Buglioni.

“When I put the lid on his coffin and buried him, the last day, just before I buried him, I promised him that I was gonna go and do that for him. It was a lot of pressure off me’ shoulders. Not just that, but I’ve been through a lot of hard times since my Dad passed both mentally and physically.”

“There was a lot of pressure on me to fulfil that promise, just to do it, I was just so happy. So happy and satisfied. Now it’s just time to enjoy it and whatever comes now is just a bonus.”

It had been eighteen months, remarkably to the day, since Johnson had captured the Commonwealth title. Away from home, facing defending British champion Frank Buglioni, his time had come. It was the first time he’d laced up his gloves since beating Willbeforce Shihepo.

“It was getting to the point where everyone was thinking I’d never do it! So to go out there and actually show people what I am capable of, and do it in the fashion that I did, it took the pressure off and it was a big relief and it was a really good feeling.”

Callum now finds himself in the enviable position of having a bustling domestic division. Names such as; Anthony Yarde, Joshua Buatsi, Jake Ball, Hosea Burton and Craig Richards are circling, hungry for the chance to feed on the Lonsdale strap. A clash with Frank Warren-promoted Yarde had been built up by Matchroom’s Eddie Hearn, sending an offer via email, whilst mid-interview.

Callum wanted Yarde. Callum wanted anyone, anywhere. It’s something that many say, but few execute. His laid back approach to future clashes assured me it was genuine, irrespective of the challenger.

“I’m very confident in my own ability, I’m a very powerful, strong man so while I’m in there I have always got a chance. Like I said, I’m in the game now for the biggest and best fights and for the most money possible.”

“Joe’s been great, mate, I can’t thank him enough. Just for sticking by me, believing in me and obviously there’s been some bad times in my career, probably times when Joe has been frustrated as well but he’s stuck by me the whole time. Hopefully now it will start to pay off and I can start to repay the favour. Bring some more titles into the camp.”

“If I could pick, I’d pick to fight for the European title next, I’d take that next step. It’s a fight I would be very confident of winning. I could add that European title to my list of titles I’m getting and that would be massive for me to do that.”

“I just wanna try and get some good fights, you know? European, then world scene. They’re all monsters aren’t they? But it is what it is, at the end of the day.”

“I’d like to see Badou Jack win the WBC and that’s something I’d really like to see myself doing. Challenging Badou Jack in a year-eighteen months’ time. That’s one I’m confident I could pull off the victory in, especially two or three fights down the line. He’s a great fighter, but stylistically he just does everything very well. A bit like myself, probably, that would be a good fight.”

“To be honest mate, I’ve had some bad things happen to me and had some bad luck with injuries, losing my Dad… but putting that aside, I couldn’t be in a better place. Couldn’t have a better family and I’m very lucky.”

“I’ll be honest, I don’t think I would [be happy]. If my career ended with just winning the British title and the Commonwealth, I’d probably always think I could have done more. I wanna fight for a world title one day. Even to win one, I’ve always had the ability and the talent, but the European, if I won the European and challenged for a world title – I’d be a happy man.”