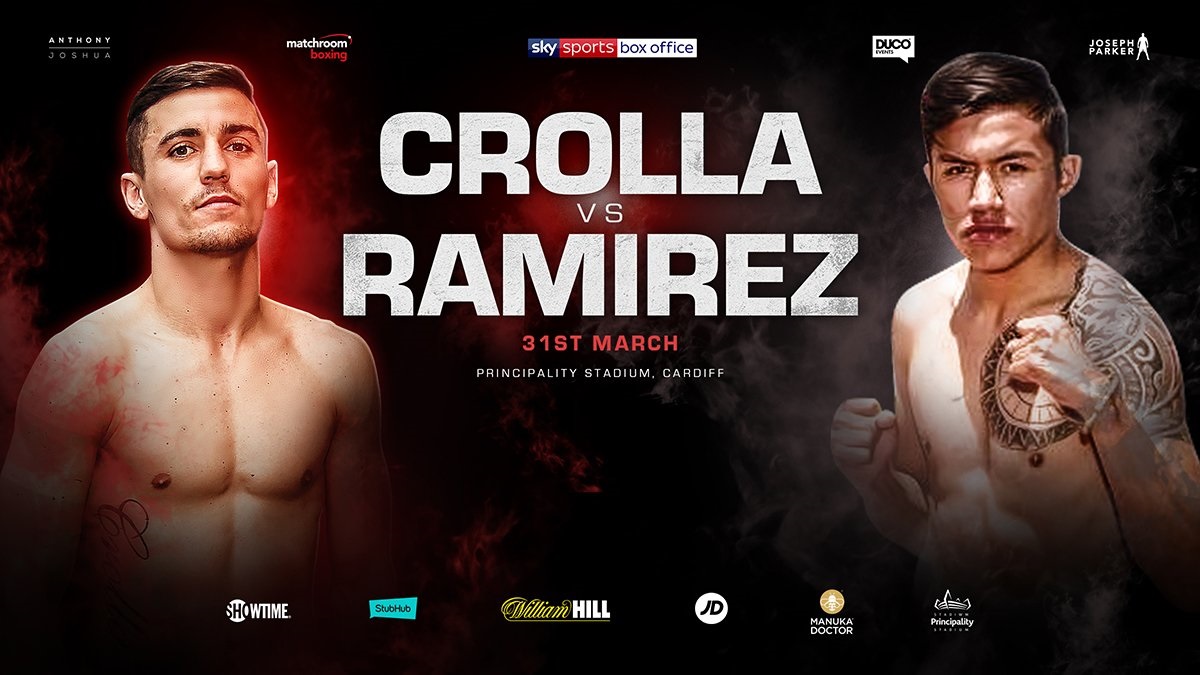 Anthony Crolla will be back in the ring on Saturday 31st March, when he faces Edson Ramirez, at Principality Stadium in Cardiff, live on Sky Sports Box Office, on the  Joshua-Parker bill.

After his win over Ricky Burns in October, Anthony has his sights firmly set on becoming a two-time World Lightweight champion, by fighting the 31 year old Mexican, Ramirez, who is unbeaten in his last 18 fights.

Talking about the fight, Anthony explained: “This year is hugely important for me. My team and I have a plan to target more world titles, and the first step in that plan is the Ramirez fight in Cardiff. It will certainly be a good test – one I’m sure he will be up for!

“It’s going to be a huge event to be part of, so I’m really excited to be part of the action. I’m aiming for another good win and then look to a big fight later this Summer, but I’m not targeting anyone in particular, I just want a world title shot – I’ll take on any of the champions and go anywhere to do it.