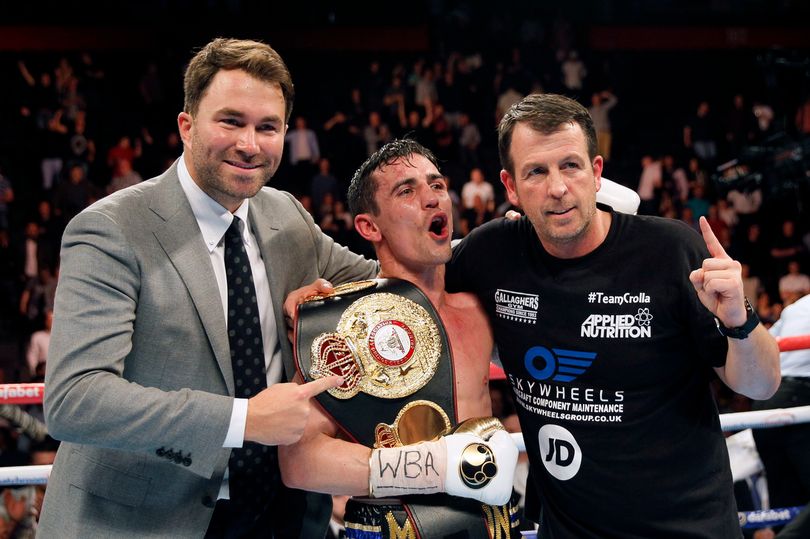 Talking about the possibility of the world title match this Summer, Joe explained: “Crolla won at the weekend and then Beltran has thrown his hat into the ring on social media.

“The British fans are familiar with Beltran from when he fought Ricky Burns, and him and Crolla know each other well from the sparring sessions they’ve had at the Wildcard Gym in L.A.

“We want Eddie Hearn to make them an offer to get that fight in the UK. There’s talk of Crolla fighting for regular belts or vacant titles, but to fight a reigning champion and beat him instead of it being vacant makes it that much sweeter.

“The sparring sessions were the type of sessions where the Wildcard Gym would stop and stand still because of how exciting they were.

“It was in those sessions where I knew that Crolla could go on to become world champion because they were really competitive.”

“Regarding Luke Campbell – if he faces Mendy for the vacant WBC title and Crolla beats Beltran, then that would be a good unification fight in the future.