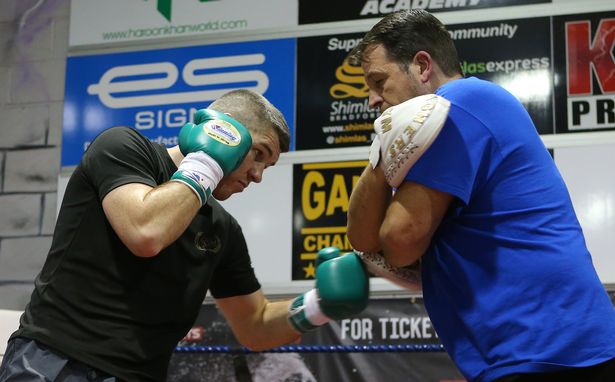 Liam Smith was set to fight Sadam Ali in New York on May 12 for the WBO light middleweight title fight, but has had to withdraw from the fight after suffering an allergic reaction

Talking about the recent news, Joe Gallagher explained: “Liam is gutted and it’s not in his nature to pull out, but it’s not like he’s out until September, he’ll be ready to go in June.

“He got an allergic reaction at the end of last week and we got medical advice and spoke to various doctors. We had a course of medication and tried to let it heal, but it’s flared up again this week and he hasn’t trained all week.

“It wasn’t helping him in training and it was counter-productive, so we needed his body to recover. Hopefully they’ll come back with a new date in the beginning of June. Liam wants to fight and he’ll be ready then.

“Frank Warren has been onto the WBO and there is a good working relationship there, especially with Liam being a former WBO champion.

“It’s not like Sadam Ali will be out for a while waiting, so they don’t need to look for another opponent. I’d understand if it was longer, but it’s not, we’re ready to go in June.”

Team GallagherLiam Smith will be ready to fight against Sadam Ali in June04.28.2018