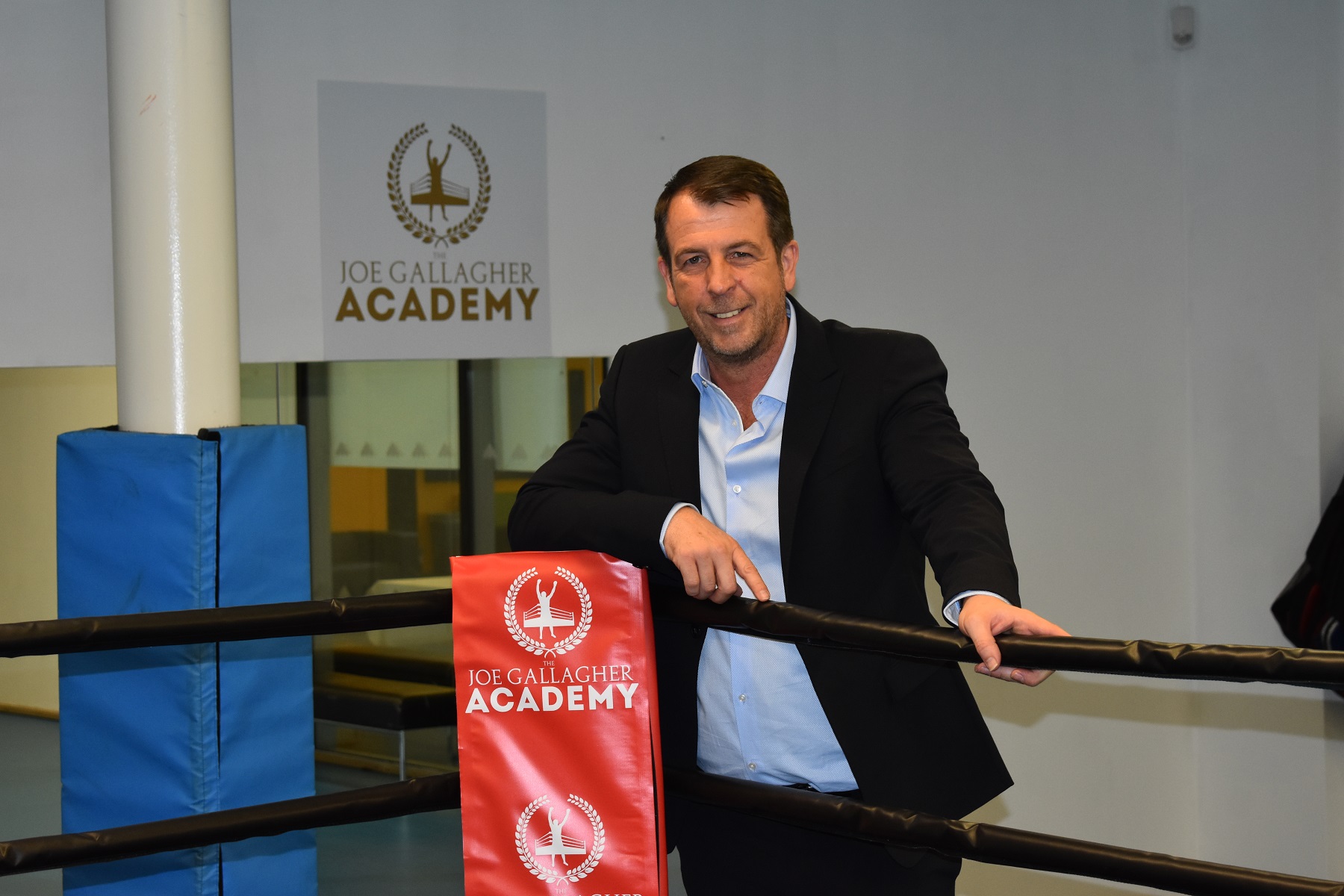 This week we announced our hugely exciting plans to launch The Joe Gallagher Academy!

The Joe Gallagher Academy will give 16-19 year olds the chance to get a BTEC qualification while training in gyms under his tutelage.

Joe hopes it will not only give teenagers the chance to combine education with the sport he loves, but also help tackle anti-social behaviour and crime in and around Manchester.

The first centre will open in September at the impressive and well-equipped Factory Youth Zone in Harpurhey.

We also hope to have a second centre soon running at the Woodhouse Park Lifestyle Centre in Wythenshawe, near where he grew up.

It has been a life-long ambition of Joe to start such a project as he looks to give back to the local communities along with the help of those who already work hard in the areas.

Joe wants to create opportunities for young people that he never had for himself. At just 16, Joe was in work, laying kerbs along Sir Matt Busby way as his Manchester United heroes drove past to Old Trafford. But he would still have preferred to have been in the gym working on his skills.

Now he is expecting around 40-50 teens to enrol in the exciting new project and get the chance he never had.

Those who enrol will get “world-class” boxing training in the mornings before hitting the class in the afternoon to study for a BTEC qualification in Sport, all funded by Virtual Learning UK.

Then Gallagher will bring in some of his top stable – it includes former world champions Anthony Crolla and Liam Smith as well as potential future title holders Callum Smith and Natasha Jonas, to give masterclass sessions.

The Boxing Academy which helps troubled youths in London get education through the sport has been a massive success, let’s hope Gallagher’s project also proves to be a knockout up north.

For more information about our up and coming open day visit: https://joegallagheracademy.com/