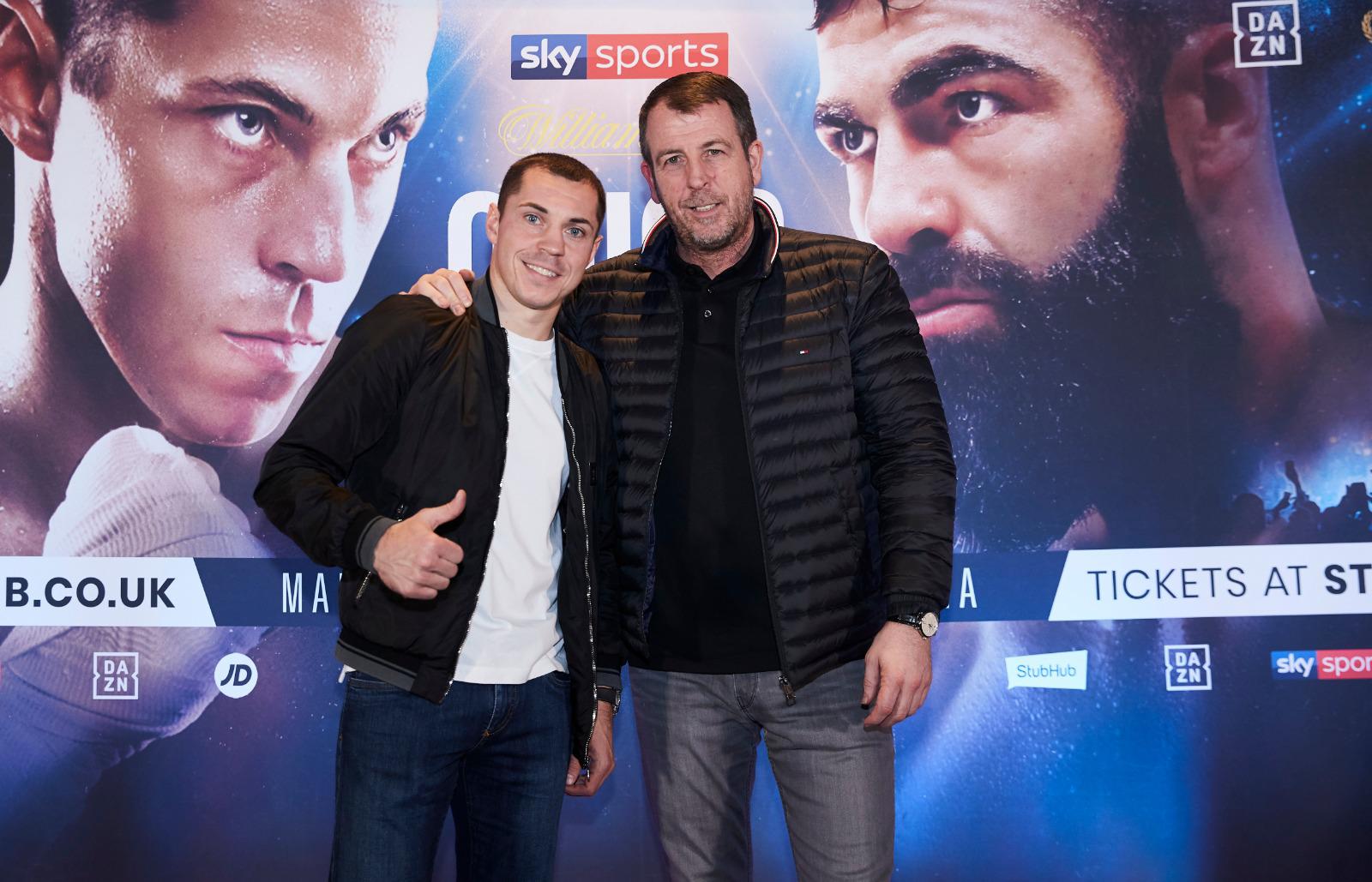 This week saw former world champion, Scott Quigg reunite with trainer, Joe Gallagher ahead of his 7th March clash with Jono Carroll at the Manchester Arena.

The former WBA ‘regular’ super-bantamweight champion left the Manchester man in February 2017 and elected to head Stateside to team up with Freddie Roach in Los Angeles.

“It’s great to be back in Manchester,” said Quigg. “I’ve been out of the ring for a very long time and it’s been frustrating.

“I’m back with Joe and I can’t wait to get in the ring again.”

Quigg previously held the WBA super-bantamweight belt and is confident that Carroll will not stand in the way of him securing another big-name bout at a higher weight.

Quigg’s last appearance in the ring came over a year ago, in October 2018, when he stopped Mario Briones at the TD Garden in Boston, Massachusetts.

“I’ve still got it,” added Quigg, who had been set to face Carroll at the Diriyah Arena in Diriyah, Saudi Arabia, last December before being forced to pull out with an arm injury. “I’m out to prove all the doubters wrong who have questioned me because I’ve been out so long.”

“This is a fight that really excites me,” said Quigg. “He says what he says, but he’s going to come and try and have a go, but he’ll get demolished. It’s as simple as that.

“I come and I like to have a fight. I’m going to entertain the crowd. 2020 will be a very successful year for me.”

Talking about Scott returning to the gym, Joe explained; “The door was always left open for Scott and it’s good to have him back in the gym. We have a big job ahead of us, Jono is a really tough opponent – Scott has always been so dedicated and committed though – so I know he’s totally focused on the task ahead.”