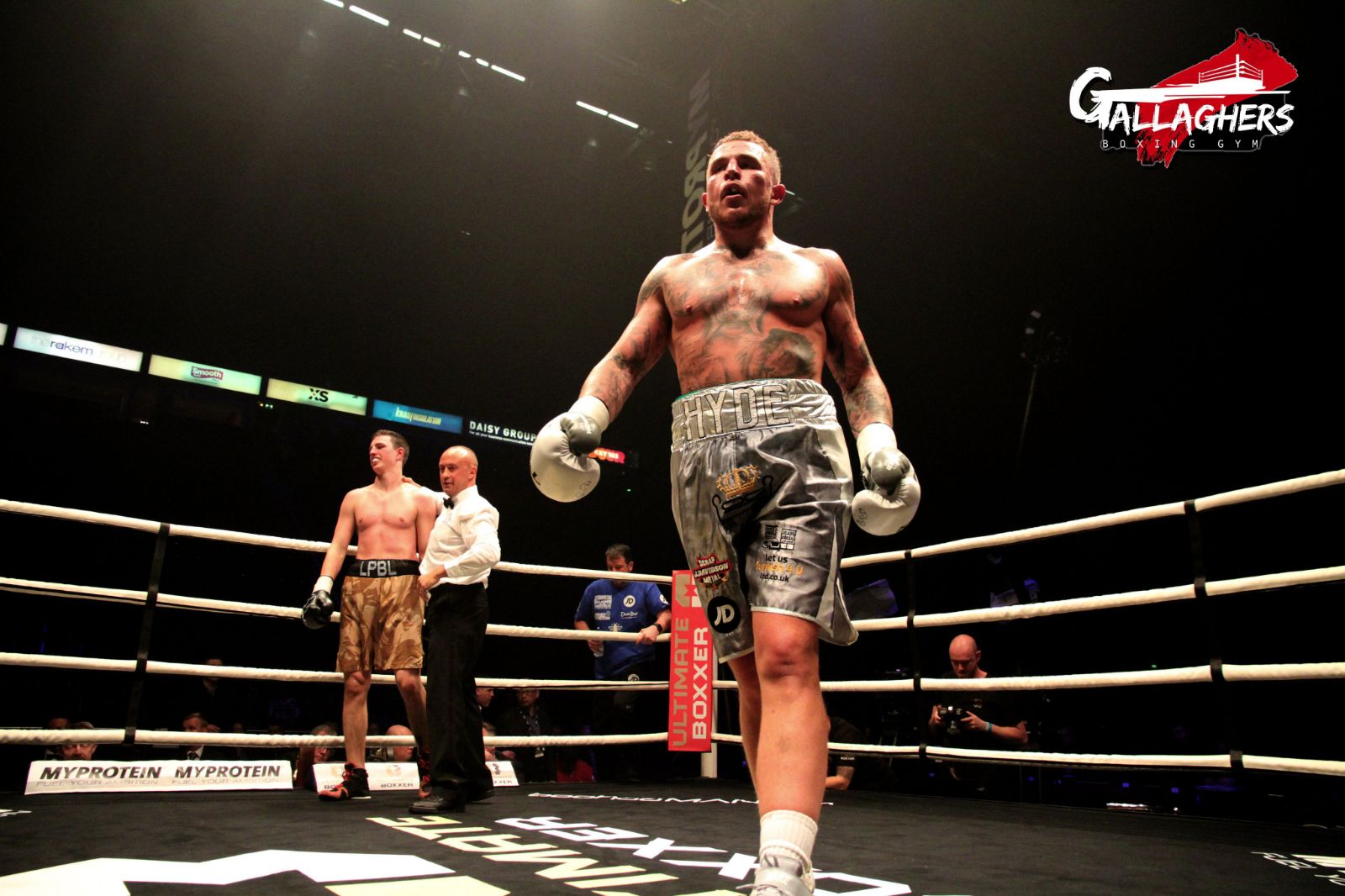 Last night Sam Hyde claimed his 13th professional win at Manchester Arena on the undercard of the Ultimate Boxer event.

It was the first time Sam was back fighting in the Manchester Arena since dislocating his knee in October.

Sam stopped fellow cruiserweight Dmitrij Kalinovskij in the 5th round – and is the first time he’s been beaten in 6 years.

Talking about Sam’s potential, Joe explained: “Sam has so much potential, he’s young, ambitious and he’s training hard. He’s got another win under his belt tonight against a guy who hasn’t been stopped in 6 years, which is great.

“We’re still taking our time though, Sam’s still a work in progress, it’s a journey –  but an exciting one!”