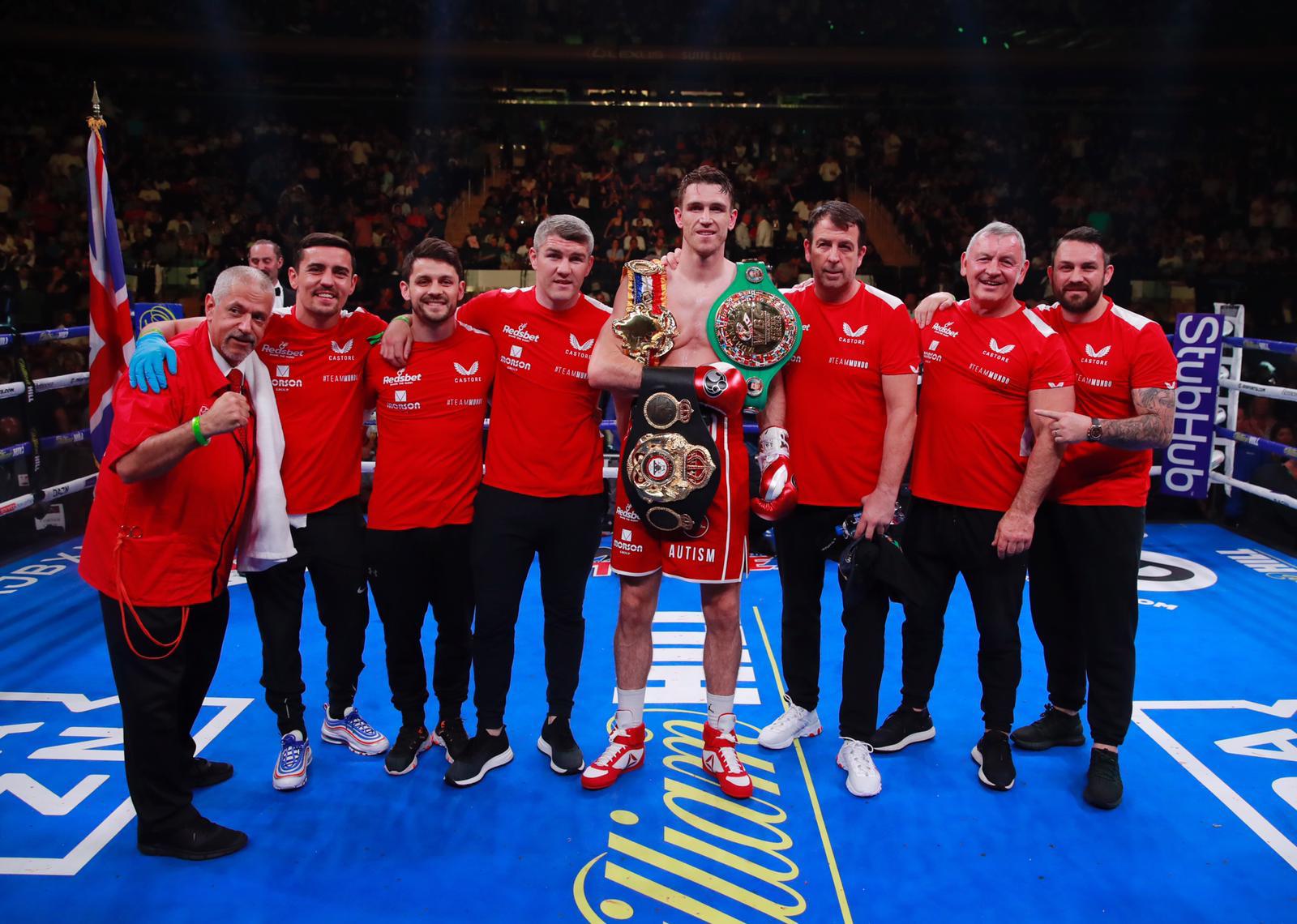 Callum Smith produced an explosive third-round knockout of Hassan N’Dam to defend his WBA ‘super’ and WBC ‘Diamond’ titles, cementing his status as the division’s No 1 fighter on the Anthony Joshua bill at Madison Square Garden in New York at the weekend.

Trainer and manager, Joe Gallagher explained: “If Canelo is serious about fighting in the UK, he couldn’t pick a better time for a vibrant city in Liverpool”

Callum has said he wants a “super fight” against Saul ‘Canelo’ Alvarez at Anfield in September.

‘Canelo’ Alvarez’s team recently named Smith as a potential opponent, if the Mexican star moves back up to 168lbs, and Gallagher says the unbeaten 29-year-old remains keen on a massive showdown.

“After Canelo’s last fight, he mentioned Callum Smith as a possible opponent and Callum Smith put himself in the shop window on Saturday night and did what was expected of him in front of the American audience,” Gallagher told Sky Sports.

“Defended his world title, defended his crown as the No 1 super-middleweight in the world and he did it in spectacular fashion, knocking out Hassan N’Dam in three rounds. A fighter who had only been stopped once before and was coming off a points win over Martin Murray in December, so it was a fantastic win and whet the appetite for everybody over there.

“The reception, the talk in the press conference afterwards was all Canelo, Canelo, Canelo. If there are any slight problems with Canelo-GGG, I’ve spoken to Callum Smith and he says if that phone call comes, he’ll take it with both hands, and he’ll face Canelo in September.”

Gennady Golovkin can fuel demand for a third middleweight fight against Alvarez with a victory over Steve Rolls this weekend, but Smith is another attractive option for ‘Canelo’.

Following a Champions League triumph, Gallagher insists the home of Liverpool football club would be a fitting venue to host a fight between Alvarez and Smith.

“Obviously we’d really want it to be at Anfield,” said Gallagher. “Canelo himself and Golden Boy’s Eric Gomez, they’ve spoke about it, coming to the UK.

“Callum Smith versus Canelo is the right fight for the right stadium and the right time of year I think.

“There’s a date there available in September and it’s just getting Canelo over here. If it means a two-fight deal, we’ll fight him here and we’ll fight him over in Vegas, but things have to move quite quickly.

“I know GGG is fighting this weekend coming up. There’s talk about Canelo-GGG, but I’ve heard it’s not done and I wouldn’t be surprised if Canelo, the way that he is, tells GGG to go fight [WBO champion Demetrius] Andrade and win the belt off him before he fights him, and decides to step up again and hopefully take on Callum in September.

“If it means we have to go to America – Dallas or Texas or Vegas, I’m sure Callum Smith will go, but we really, really would, if Canelo is serious about fighting in the UK, he couldn’t pick a better time for a vibrant city in Liverpool.” 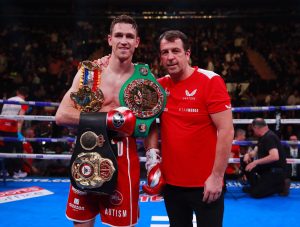 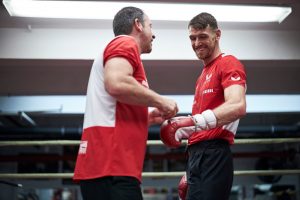 Team GallagherCallum Smith Has Canelo In His Sights After KO In New York!06.05.2019