On Saturday, world number one super middle-weight, Callum Smith retained his titles in front of a home crowd at the M&S Bank Arena in Liverpool.

The fight was just as tough as expected, with Smith suffering numerous cuts to the eye.

“I watched it back to confirm what I thought – right decision,” said Smith.

A fighter may land more punches on an opponent but be on the receiving end of a smaller number of more powerful blows – creating uncertainty on whether quantity or quality decides the outcome of the round.

Judges are also asked to consider a boxer’s defence and which fighter is the aggressor.

Asked how scoring can be improved, Smith said: “I just don’t know what you can do. You could get younger judges or maybe ex-boxers to judge.

“Even with ex-fighters as judges, it doesn’t mean they can score a fight, you’d still end up with debate and opinion.

“There’s no praise for scoring a fight right, just criticism for one you get wrong.

“We do need maybe younger or more experienced judges but where you can get them I don’t know.

“It’s like in football, who would want to be a football referee? You’d just get criticism all the time.

“In boxing it’s always an opinion. For as long as it’s a sport of opinion you can’t prove anyone is cheating.

“There’s no VAR you can bring in, it’s not that kind of sport. There have been many bad decisions. Will it ever change? I don’t think so.”

Trainer Joe Gallagher & Callum have dismissed the prospect of a rematch with Ryder as he now hopes to secure such glamour fights or contests against the other belt holders in the 168lb super-middleweight division.

“I think the weekend confirmed to me and others that I need big fights, that fear factor,” he added. “If I turn up like I did on the weekend, the other champions beat me.

“Letting this be as close as it was is a kick up the backside that nothing is ever straightforward. When I have underperformed I have been fortunate to get the win in my career. That was too close for comfort.” 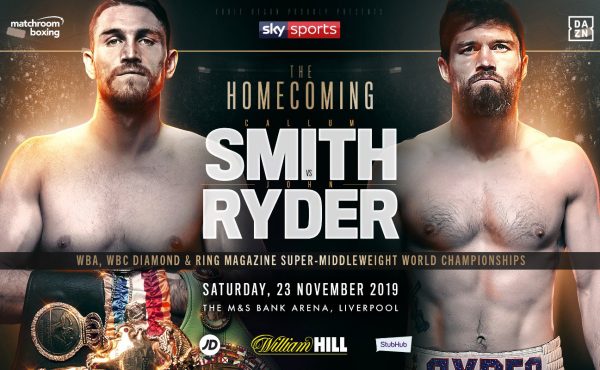