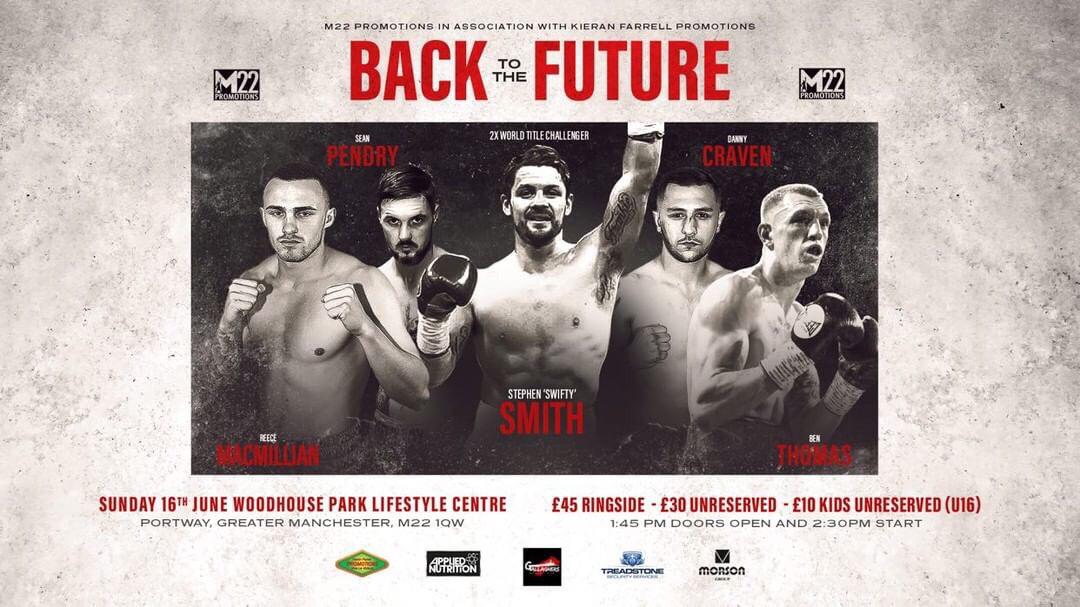 It’s fight week for Stephen Smith! After his return to the ring last month, Swifty will appear on Joe Gallagher’s first ever promoter’s show for M22 Promotions this Sunday.

Tickets are still available from Woodhouse Park Lifestyle Centre in Wythenshawe, which will see the former British and Commonwealth champion and a former two-time world title challenger, headline the event on Sunday 16th June.

For his first event as a promoter, Joe Gallagher has teamed up with Kieran Farrell for the afternoon show named, ‘Back To The Future’ which will also feature Danny Craven — who boxed on the undercard of Callum Smith’s World Boxing Super Series quarter-final victory over Erik Skoglund back in September 2017.