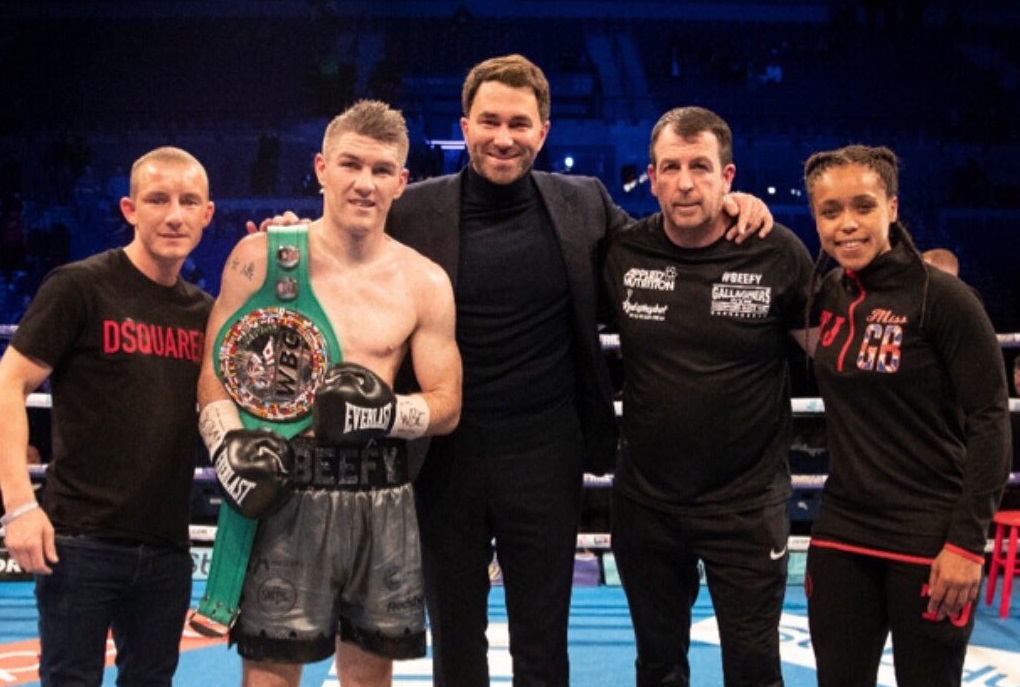 It was a great night for the Gallagher’s Gym stable on Saturday night with Paul Butler, Natasha Jonas and headliner, Liam Smith all taking wins in Liverpool.

Liam Smith dominated Sam Eggington, which was stopped in the fifth. The former world champion proved himself to be levels above Eggington and inflicted damage from the opening bell until the referee stepped in.

“Give me two fights then I’ll fight anyone,” Smith said afterwards as he eyes another world title fight.

Smith’s jab was a problem for Eggington from the first exchange when it became clear the visitor from Birmingham lacked the size or power to compete in a trade of punches.

Eggington, his right eye badly swollen already, was saved by the bell at the end of the second round when his head was rocked backwards by a vicious Smith punch.

He was in survival mode then from onwards and it took Smith less than three more rounds to end the fight. His bludgeoning shots became unanswered and Eggington was stopped on his feet.

Smith’s trainer Joe Gallagher said: “We’ve seen Sergio Garcia beat Ted Cheeseman – [Garcia] is No 2 with the WBC. If that was a final eliminator that would give Liam a mandatory shot at the world title.”

After her return to the ring, Jonas is now looking ahead to future titles again and has revenge against Viviane Obenauf in her sights. 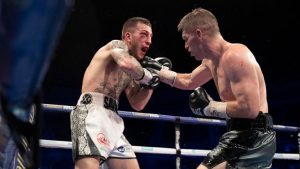