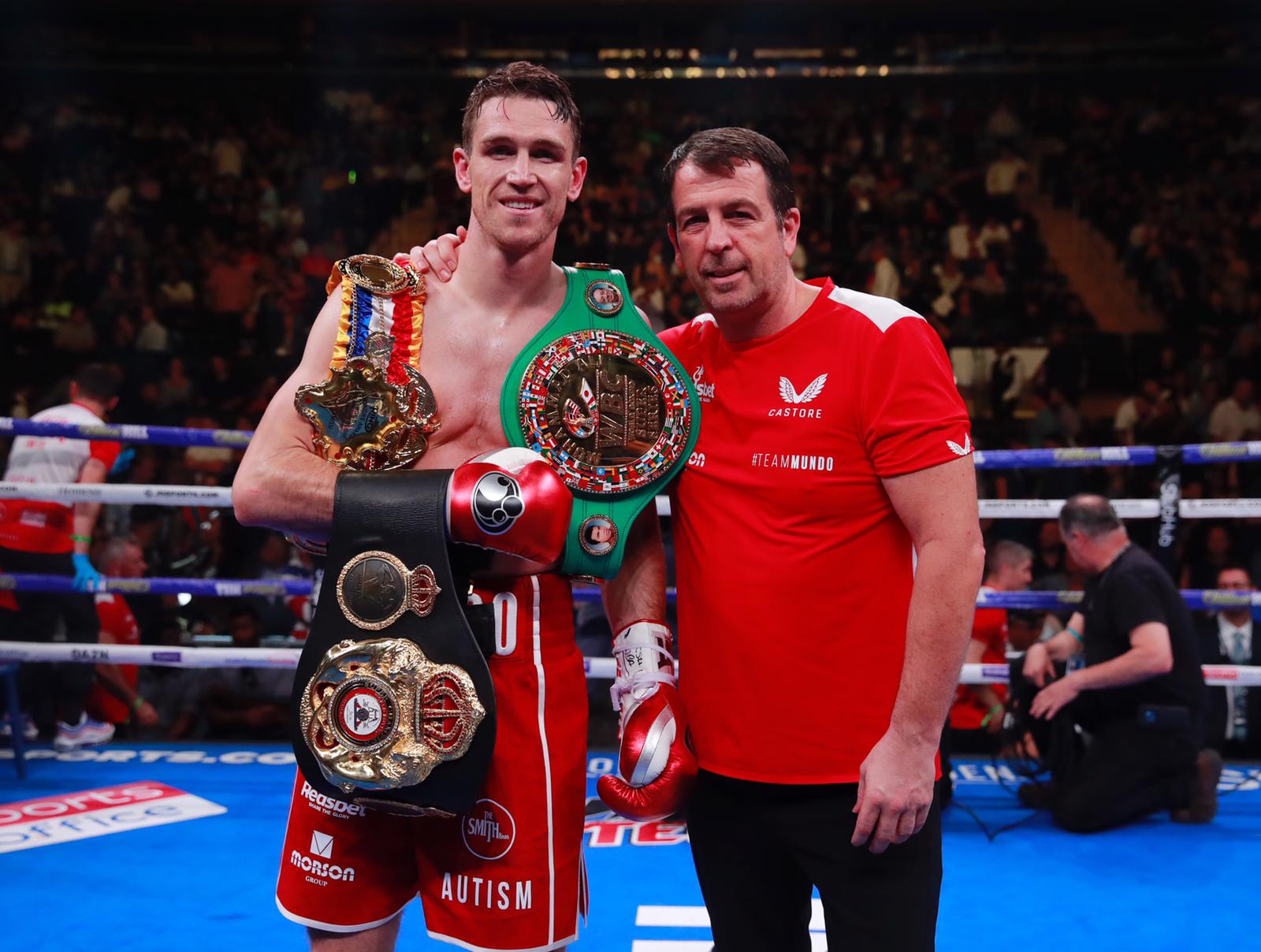 Trainer and manager Joe Gallagher to hold meeting about Smith’s next career move.

Callum Smith is set to hold talks with promoter Eddie Hearn to discuss potential fights, including a blockbuster battle with Saul ‘Canelo’ Alvarez.

The Liverpudlian super-middleweight defended his WBA ‘super’ title with an explosive knockout of Hassan N’Dam on the Anthony Joshua-Andy Ruiz Jr bill in New York, and Smith awaits news on his next fight as speculation continues about the next career move of ‘Canelo’, who has not committed to a third fight with Gennady Golovkin.

Trainer and manager Joe Gallagher has been told by Eddie Hearn that December could be a more likely date for Alvarez to fight Smith instead of September, but the unbeaten 29-year-old is due to resume training next week to stay sharp for two more bouts in 2019.